What is the real legacy of the Habsburg Empire in Romania? Some experts say this heritage explains why people in former ‘imperial’ regions vote, work and behave differently 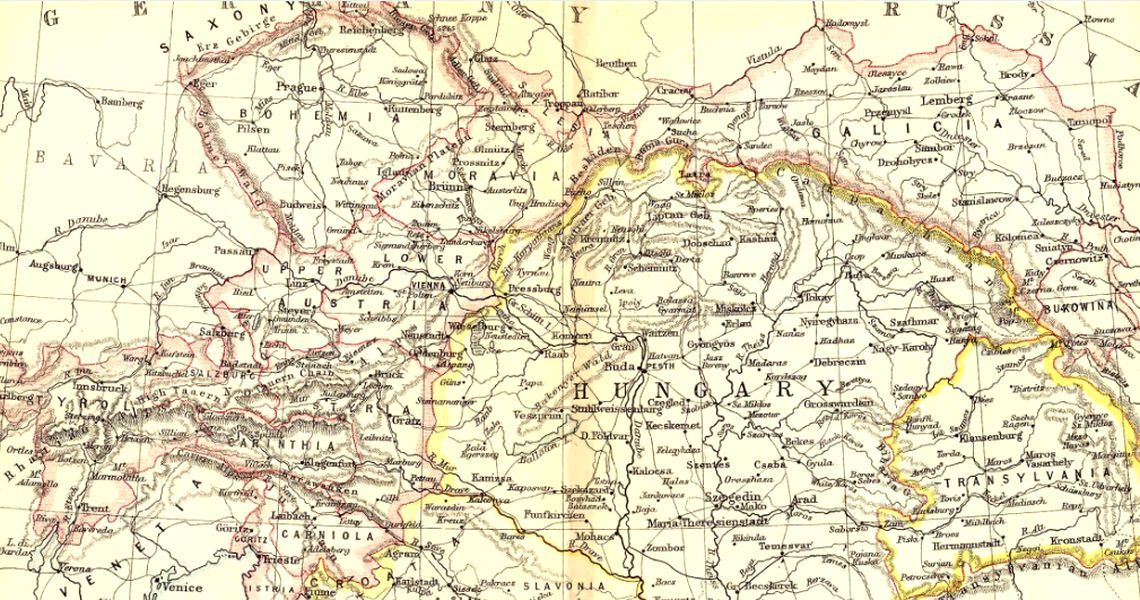 The former Austro-Hungarian Empire ruled by the Habsburgs left some still visible traces in most eastern European nations which inherited its territories a century ago, including in Romania, and this old legacy could explain why people from different sides of the former border vote, work and behave differently, some experts suggest.

Empires that ruled over long periods of time, sometimes for centuries, might have had enough time to build up formal and informal institutions that have lasted to the present day, according to Sascha Becker of the University of Warwick (UK) and Luger Woessmann of the University of Munich.

In the context of Eastern Europe, the two experts point out that the Habsburg Empire is considered to have had better administrative institutions than the Ottoman Empire or the Russian Empire.

They concluded that the legacy of the Austro-Hungarian Empire still manifests itself as higher levels of trust in state institutions and between citizens, as well as in lower corruption levels, than in regions that were part of the Russian or Ottoman empires.

Becker and Woessmann, authors of “The Empire Is Dead, Long Live the Empire! Long-Run Persistence of Trust and Corruption in the Bureaucracy”, suggest that “maps that superimpose the borders of old empires, which ceased to exist after World War I, onto the map of modern Europe show that modern voting patterns follow those old borders”.

Poland and Romania are the best examples, according to the experts.

Poland’s western regions, which were part of the German Reich until 1918 and some of them until 1945, tend to support centrist candidates, while the east, once part of the Russian empire, votes nationalist and populist.

“In the Romanian presidential election of 2014, the “Austro-Hungarian” regions backed liberal Klaus Iohannis, while others were mostly in favor of Social Democrat Victor Ponta”, according to a Bloomberg article, which uses the findings of the two experts.

Around half of present day Romania was part of the Austro-Hungarian Empire until 1918, including the provinces of Transylvania, Bucovina, Banat Crisana and Maramures.

These provinces were ruled by the Habsburgs for centuries before becoming part of Romania one century ago.

According to latest available Eurostat data, in 2016, Vest region of Romania (including most of the former province of Banat and the rich cities of Timisoara and Arad) is the richest region of the country after Bucharest – which is 39 percent above the EU average in GDP/inhabitant at purchasing parity standard, a consequence of a highly centralized nature of the Romanian state.

By contrast, the Nord Est region (including most of Moldova, Romania’s poorest region) was at 36 percent of EU average in 2016 and official data show it has half the level of development of the Vest region.

But experts are debating if this is a legacy of the Austro-Hungarian Empire, in fact the re-baptized Habsburg Empire between 1867 and 1918, or a general West-East pattern.

In their study, Becker and Woessmann say that when using “placebo” borders 100 km inwards or outwards of the actual Habsburg border, they did not find any effects.

“This indicates that our results capture a specific Habsburg effect, rather than a general West-East pattern,” they claim.

Historians characterize the Habsburg bureaucracy as “fairly honest, quite hard-working, and generally high-minded” as well as relatively well-functioning and respected by the population, in contrast to other empires in Eastern Europe.

The formal institutions of the empire ceased to exist with the collapse of the Habsburg Empire after World War I, breaking up into separate nation states that have seen several waves of drastic institutional changes since.

But Jeremi Suri, LBJ School Professor, point out that “when the Austro-Hungarian Empire entered the First World War it was a sophisticated but stagnant political regime, unable to harness the creativity of its citizens for victory in war or prosperity thereafter.”

“The system of imperial monarchy (…) failed to address the growing demands for independence, development and wealth redistribution throughout his lands. Despite his efforts, (the emperor Franz-Josef) was a prisoner of a stagnant and outdated set of political institutions,” Suri wrote.

However, even the critics of the empire admit that Vienna was the center of European creativity in the years between 1780 and 1914, a true crucible of innovation and creativity, and some people in Eastern Europe feel the nostalgia for the old empire.

And Vienna’s legacy is still visible in the architecture of many Transylvanian cities, which copied the trends and styles of their former Capital city.

In a recently published piece entitled “The House of Habsburg, Revisited”, Simon Winder studies the recent resurgence of interest in the Austro-Hungarian Empire in Central Europe.

His argument is that, while the Austrian Empire was backward and oppressive, it nevertheless provided a sense of security and rule of law for the 11 nationalities, including Romanians, inhabiting this state.

This aspect generates some nostalgia among the nations which felt the oppression of a totalitarian state for decades during the Cold War.

Some even translate this nostalgia in their daily life. In present day Romanian province of Bucovina (included in Suceava county), a futsal team in the village of Vicovu de Jos called ‘Bukovina’ revives the good old times.

“The team represents the former Duchy of Bucovina, and the anthem we use is that of imperial Austria. We are the national team of Bucovina,” Cornel Carcea, the owner of the team, told Gazeta Sporturilor.

This kind of attitude is rare in Romania, but have some support in the real life. In the town of Radauti,  20 km from Vicovu de Jos, two Austrian investors have built brand new factories and a 4 star hotel, offering hundreds of jobs and bringing some prosperity in this forgotten corner of the country.