Transactions announced during COVID-19 outbreak: 2020, a difficult year for the M&A market 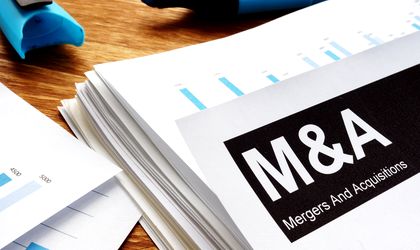 Mergers and acquisitions activity in Romania will plummet to the lowest level since 2009 as the COVID-19 crisis forces companies and investors to reset their priorities. But what are the transactions that managed to be concluded and announced in full pandemic?

Euralis Semences Holding SAS is active in Romania on the seed sales market, through its subsidiary, and Caussade Semences Group is present on both the multiplication market and the seed production and sales market. 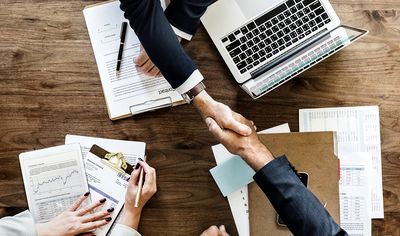 In this transaction, Green Group, a group of companies active in the recycling sector and whose majority shareholder is the investment fund Abris Capital Partners, fully bought Eltex Recycling, an active business in the same sector. Specifically, Eltex Recycling is active in the field of industrial waste management.

The CTP real estate developer bought the Equest Logistic Park industrial park, located on the A1 motorway, near Bucharest, for about 30 million euros from the Serdika Forum.

Equest Logistic Park has had a stable portfolio of tenants throughout the last business cycles, including major online retailers, as well as logistics and light manufacturing companies, the list of tenants including names such as Garrett, Elmec Group, Hilti, BDG Group and Telekom.

FirstFarms, with a series of investments in Romanian agriculture, have signed a conditional agreement to take over the Romanian lands of the Danish company AIC, held through AISM, a transaction that will be initialed by the sale to a seller of a package of shares in FirstFarms.

Global mergers and acquisitions activity decreased by 28% in the first quarter to its lowest level since 2016 in the context of economic effects of the coronavirus pandemic, according to financial data company Refinitiv.

The trend is confirmed by a Dealogic analysis: the value of M&A activity in the first quarter was lower as compared with the last quarter of 2019, a decrease of 35% at global level.

Out of the total 19 transactions, only four were announced in March, the month during which a state of emergency was declared in Romania in the context of the COVID-19 outbreak.

“Unfortunately, these are unprecedented times, governed by uncertainty on all levels. In this context, our expectations for the M&A market can’t be optimistic. Everything will depend on when and how this will end,” said Ioana Filipescu Stamboli, Partner Corporate Finance, Deloitte Romania.

The largest transactions announced in the first quarter of 2020 were:

–      the acquisition by the Czech developer CPI Property Group SA of a minority stake in Globalworth, the largest owner of office buildings in Romania and Poland, in a series of successive transactions, the largest amounting to approximately EUR 280 million;

–      the transfer by OMW Petrom, the largest energy company in South-Eastern Europe, of 40 onshore oil and gas deposits from Romania to Dacian Petroleum (undisclosed value);

–      The Brink’s Company’s takeover of cash operations of the UK-based G4S in 14 markets, including Romania (undisclosed value for Romania).

Softbinator Technologies takes over WiseUp and announces the opening of an office in...