BR Exclusive | Samee Zafar: The new forms of payment are disruptive, but still rely on the old banks’ infrastructure 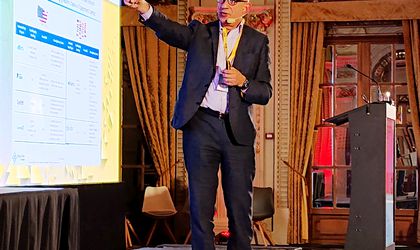 The payment landscape has considerably evolved in the last years.  New players have arrived in the market, the internet giants built up their payment services, new technologies came into place and allowed new payment providers to disrupt the core of the infrastructure.  The funny thing is that most of these new payment methods are still relying on the old infrastructure of banks.

In order to find out more, we talked to Samee Zafar, director at Edgar, Dunn & Company, a professional that has advised some of the largest financial services organizations in Europe and North America on competitive strategy, operations and technology. His expertise covers retail banking, card issuing and acquiring, electronic payments including Internet and mobile payments and he has deep experience helping clients to set-up Internet and telephone based direct banking and brokerage operations.

“There are many forms of mobile and online payments, apps that are developed locally and then some became global. This is why every big country has its own app for this payments, China, India etc.”, says Zafar. Only some of them become global because it is not easy to enter in a new market but also because of the different regulations. And of course some companies are just not welcome in other countries, the best example being is Alipay (the largest online payment, part of Alibaba) that tried to by Moneygram but the transaction was blocked by the American authorities.

The payments started from third parties, not from the banks. PayPal is the best example, a process followed by many around the world. Then the advancing technology, like blockchain, allowed processes to bypass the banks infrastructure even if in the end the transactions end by passing through a bank account.

Today, the next “game” is the digital wallet. Everybody wants one, just because is trending, and many companies want to develop one just to ‘be there, in the game’. The same way that criptocoins became so popular.  “But they are all using the old fashioned banking infrastructure and cards. Usually they are just intermediaries that take your cards and know what transactions you are making”, says Zafar. “And that intermediary can be a company started by a very young man, a twenty tear old, someone that you may not like to trust with your payments and your personal data.” 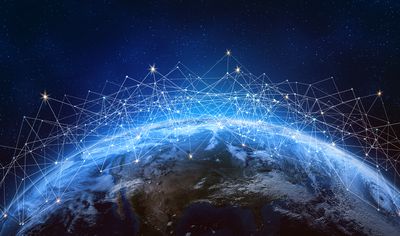 There are 49 digital wallets that are big enough to be taken on account. About half of them are owned by bank, the rest are owned by a company or a corporation or an organization. Also, 45 of them are meant for retail payments and between them 32 are for online payments, 31 in store and 19 in an app. Between those 31, 22 are making payments through NFC (Near Field Communication), 11 through a QR code, 4 through bluetooth and 2 through a barcode.

There are 63 percent of the young people in America that do not have a credit card and don’t really want a credit card from a bank. These led to the emergence of some companies that offer different forms of payments, including in more installments, usually equal rates, that are not linked to the banks”, says Zafar. There are already big fintech names in USA in this kind of different loans, like Affirm, with a total equity funding of USD 620 million or GreenSky with USD with USD 350 million.

This new way of “banking” will only grow in the future, sustained by investors that are looking for anything new and by the technology.

But we have to remember that, in the end, it is not just technology that makes success but a trust based network that provides clear value to both consumers and merchants. The examples of success so far in the payment world are Paypal, MasterCard, Visa, American Express, Alipay, Western Union, MoneyGram. These are the companies that are big corporations from the past but are keeping a very close connection with the technology and innovation.

Examples of regional success or niche success are Venmo, Klarna, Flywire, Paysafe, iDeal. Also mPesa is mentioned as a regional success after the activity in Africa, but it didn’t really kick off in other places. In Romania, mPesa was introduced by Vodafone a few years ago and it was abandoned not so long ago because it couldn’t create a critical mass of users.

From the emerging zone, apps that we don’t know yet if will be successful or not, we have Apple Pay, Samsung Pay, RuPay (India), Zelle or LevelUp. And we can also see big names that have already failed like Yahoo!PayDirect, Flooz, BillPoint, Beens or Obopay.

“There is a need of easier and trustable forms of payments, mostly for the Millennials that do not trust banks. But we will not see the old banks disappear very soon because we are depending on the old infrastructure”, says Zafar.

Interesting is also that European Union has just reduced the cost of card acceptance inside EU. Before that the interchange fee was about 1.2 – 1.5 percent of the payment or the transaction, so this is the reason why some stores didn’t accept payments with cards from another country. But EU reduced the cost to 0.2 – 0.3 percent, which is very cheap for the merchant.

And a few words about blockchain:

“Blockchain in the good part of the bitcoin. It has many advantages. Today banks are using a system called correspondent banking which is a nightmare; you wait a week and you are charged 25 euros and it has to go through a group of banks. With blockchain, what Ripple is trying to do, is to send a coin from one part to another, a coin that will carry value”.