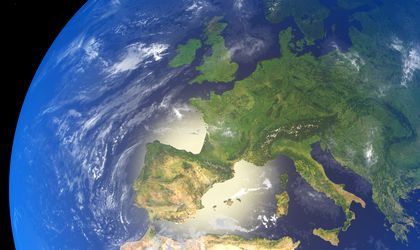 European Commission’s first annual report on EU’s blue economy, which includes all economic activities related to oceans, seas and coastal areas, shows steady growth across the bloc over 2009-2016. In particular, the biggest five blue economies in the EU, namely the UK, Spain, Italy, France and Greece thrived across all sectors. By contrast, Romania’s blue economy shrank by 28.7 pct, despite the country’s overall record economic growth.

According to the report, in 2016, the EU’s blue economy had a turnover of EUR 566 billion, and generates an added value of EUR 174. Attracting a net investment of EUR 22.2 billion, it creates jobs for around 3.5 million people, representing 1.6 percent of EU’s total employment.

Taken as a whole, the EU’s blue economy grew across both traditional and emerging sectors. That of the ‘living resources,’ such as fisheries, aquaculture and processing has grown by 22 percent between 2009-2016, the report shows. As for the emerging sectors, they have witnessed a boom. The offshore wind industry, for instance, expanded significantly to employ 160 thousand in 2016, from 23.7 thousand in 2009, outnumbering employment in the traditional sector of fishing.

In 2016, Romania’s blue economy brought EUR 956 million in gross added value and employed over 71,600 people. The two most important sectors are the shipbuilding and repair sector, which employs the biggest share of the workforce and, in terms of profit, the ports, warehousing and water projects. The shipbuilding and repair sector contributed 37 percent of  the country’s blue economy jobs and brought 34 percent of GVA. However, it brings only 13 percent of the overall profit.

The ports, warehousing and water projects leads in terms of profit, bringing in 33 percent of overall blue economy profits in 2016, while providing only 19 percent of the jobs. Coastal tourism and living resources are also important drivers, generating 24 percent and 22 percent of the profits, respectively.

During the past half a decade, Romania’s GDP has grown steadily, singling out the country as one of the top performers in the bloc. However, compared to the national economy, between 2009-2016, the share of blue economy to Romania’s national GDP fell by 28.7 percent, the report shows. During the same period, the share of the blue economy to national overall jobs also fell by 13 percent.

However, the average wage in the Romanian blue economy increased by 27 percent during the period surveyed, to EUR 7,500. Still, the figures are still very low, compared to the EU average of EUR 28,300.

In Romania, employment figures in the traditional sectors of the EU’s blue economy remain high, compared to the emerging industries. In the field extraction of crude petroleum, Romania employs 14 percent of all EU workforce, representing the second largest number of people in the bloc after the UK (77 percent). Romania is followed by  Denmark (4.5 percent), Netherlands (2 percent), Spain (1.5 percent).

In the sector of extraction of natural gas, Romania is the third largest employer, with 9 percent, after Italy (58 percent) and Germany (27 percent), ahead of the Netherlands (5 percent) and France (1  percent).

When it comes to the field of support activities for petroleum and natural gas extraction, Romania employs the fourth largest workforce in the bloc, namely 4.2 percent, behind the UK (70 percent), Denmark (7 percent) and Germany (7 percent), followed by Croatia (4 percent).

In the field of inland freight water transport, Romania employs 8 percent of EU’s workforce, behind the Netherlands employs (46 percent) , Germany (19 percent), ahead of France (8 percent) and Poland 4 (percent).

Romania also offers 15 percent of EU’s  blue economy jobs in the field of shipbuilding, being superseded only by the UK, with 18,5 percent, and 9 percent of the workforce active in the field of repair and maintenance of ships and boats.

The EU’s forecast on the evolution of the blue economy across the bloc is highly optimistic. According to the EU commissioner for Environment, Maritime Affairs and Fisheries, Karmenu Vella, with appropriate investment and management, the EU’s blue economy, overall will continue its sustained growth. “With investments in innovation and through responsible ocean management, integrating environmental, economic and social aspects, we can double the sector in a sustainable way by 2030.”

The 2018 Annual Economic Report on EU Blue Economy was prepared jointly by the EC’ Joint research Centre (JRC) and the European Commission Directorate-General for Maritime Affairs and Fisheries (DG MARE).