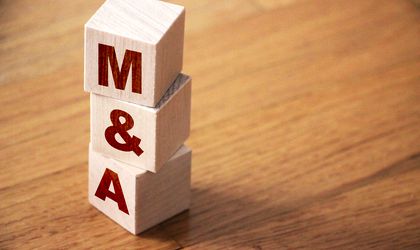 While the Romanian mergers and acquisitions (M&A) market saw 19 deals with a cumulative value of EUR 600 million signed in the first three months of the year, the number of transactions halved in the second quarter, when fewer than 10 deals were closed.

Although the first quarter of 2020 was better than the same period of 2019, the mergers and acquisitions market collapsed as a result of the COVID-19 pandemic. The start of the year was good for the local M&A market, but after the pandemic began, investors became more cautious in the uncertain economic context.

The main short-term effects of the COVID-19 pandemic on the M&A market have been a withdrawal of offers or a postponement of transactions, and the long-term impact remains uncertain. Companies have been cautious about investing in M&A and are waiting for the situation to begin to normalise. Let’s look at just two examples. First, Czech utilities group CEZ announced that it was not pressed for time in the process of withdrawing from the Romanian market and that it could freeze the sale of local assets if it did not get the desired price. Second, the pandemic has reduced Banca Transilvania’s appetite for acquisitions: its recent aggressive expansion will be put on hold for at least two years, and a possible acquisition in the future will not target small players.

“After a relatively active start to the year, Romania was among the countries hit by the pandemic and according to the latest EBRD forecasts, its economy is expected to decline by 4 percent this year. The global health crisis has created uncertainty, disruption of supply chains, and pressure on liquidity. The short-term effect on the M&A market was limiting or delaying the signing of transactions, many of which were postponed either for the second half of 2020 or for 2021. In the long run, however, the impact remains uncertain,” says Georgiana Ion, senior manager, deal advisory at Mazars Romania.

When can the M&A market return to normal? Only 1 in 5 respondents (21 percent) in a study conducted by Mazars said that would happen in Q3 2020, while 14 percent believed the more realistic period would be Q4 2020, and 61 percent were more cautious, opting for 2021.

However, the current issues should be seen as opportunities for all parties involved. Despite the current limitations and conditions, the Romanian M&A industry has the potential to evolve in a dynamic market, with opportunities normally encountered in times of recession – such as rapid sales based on illiquidity, merger operations giving up non-essential or non-performing assets, but also a recalibration of the investment portfolio. The market will continue to expand, as more and more companies understand the added value a strategic investor can bring in terms of new financing and know-how.

In this regard, seven out of ten executives believe that the current moment is right for mergers or acquisitions in specific industries, given that some sectors will provide the opportunity to invest in quality, properly valued goods, says an analysis by consulting firm AT Kearney.

We can conclude that for companies which have built a healthy financial position during the economic boom of recent years, declining valuations during this period create opportunities to conduct transactions that create long-term value. A good example is the major transaction in which the TeraPlast group sold its Steel division, which includes TeraSteel and Wetterbest, to Irish giant Kingspan, for EUR 85 million.