InnerSound invitation: touch the hearts of the audience in an unforgettable manner 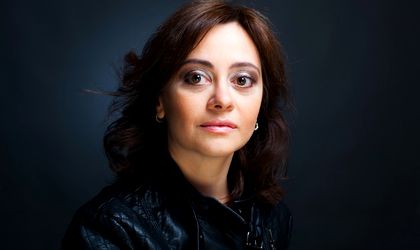 InnerSound is an enchanted place in time and space where the public may experience the  young music and art of the present, the immortal creations of the past and the vibe of the future, going home transfigured and full of great energy, says Sabina Ulubeanu, the artistic director of InnerSound about this festival.

Business Review caught up with her to talk about this new perspective on the contemporary cult music, in relation with visual arts, film and multimedia.

Which are the main challenges of doing this festival?

We started as a small team in 2011, preparing the 2012 first edition. We had no idea what it meant to run a festival. We learned by doing that the  challenges are divided in two  directions: festival related ones  and our own selves. Regarding the organisation of the festival, the main problems are the lack of infrastructure in Bucharest, spaces dedicated to new music and new art, fully equipped and with trained employees. We are always forced to become very creative in transforming a space in order to fulfil our needs. Then there’s always the challenge of financing  a new music and new arts event. We developed a new set of skills in order to access founds, state or private ones equally.

Also, communicating such an event is difficult. We learned to discover the bridges between high end art and the public: the secret is to address the emotions, which are always universal.

What makes InnerSound stand out?

I would say it’s its energy, passion and courage. It started because we needed to show the world the music of the present and the ocean of creativity hidden under the blanket of Academia. We love new music, new technologies, new films, new photographic approaches and we are sharing this with the world. We also have a deep respect for the composers of the past,  we think that a music is new every time its being brought to life in front of an audience. Our festival  events are first of all  united by this feeling of amazement in front of the great art and, in this world of very conceptual contemporary music festivals, we are not ashamed of being ruled by emotions!

The festival runs its fourth edition. How did the public evolve since the first edition?

The first edition will always be the most special one, because we had a completely unknown public. Usually, at a contemporary music festival, the faces in the public  are so familiar.  This time it was different, we barely knew a few. Edition after edition we were happy to recognise some of those first spectators in the audience and we are very thankful for their trust. Now, our public spectrum  has broaden, including  people interested in visual arts, film, fusion music and, as a premiere, new audience is attracted by workshops for kids and young adults.

Why did you choose TOUCH as theme? Can this TOUCH be found on the festival’s structure and program?

Choosing the theme of the festival is probably the hardest thing to do. But once you’re there, everything else falls into place. Because it is about being certain of what you want to transmit to the public in that particular edition. TOUCH is a clear reference to the new technologies, but also to the fact that music is being made by touching: the strings of a violin, the keys of a piano or the computer keyboard. We also knew what our goal was for this edition: to TOUCH the hearts of the audience in an unforgettable manner, so that they would be transformed by the what they experience.

Then, we drafted the program accordingly. We introduced the novelty of this edition: the  Multimedia Installation Exhibition curated by Cirprian Ciuclea- full of sound, visual and tech wonders, the opening concert is dedicated to the Ad Libitum String Quartet — and everybody knows strings are an extension of the heart-, we assigned a special evening to the piano – Touching Keys – and one to the new trend of contemporary music in fusion with techno and electro beats. The Tactile Cinema Workshop is also a clear reference: participants will make a film on 16mm, with their own hands.

One of the most expected performances of the festival is the one regarding Silent Films. How do you do the selection of the movies? But for the music?

The Silent Film Night is one of the main key attractions since 2012.  It is about new silent short films for which trained composers write chamber music in a very short amount of time, a maximum of six weeks.

For the first edition, we found the films among our circle of friends, who also found young directors who wanted to participate. Since 2013, we are selecting the short movies through a „call for films”. We look for experimental movies, narrative or animation that could fit the theme of the festival. This year we have the privilege of a great Jury that functions also as a selection board: Andrei Ujica, Claudiu Mitcu and Cătălin Cristuțiu have chosen the movies that entered the competition for the InnerSound Trophy. They will award the prize after seeing every movie accompanied  by the  original music written by 10 composers  and performed live by ensemble SonoMania.

For the music, we spread the word among the fellow young composers and the reactions are usually very quick. After we have all the movies, the composers choose 3 to 5 on a short list, so that after the final vote, everyone will write music for a film they resonate with.

This year, however, brings in another surprise. The extraordinary animation artist David OReilly encouraged our young festival by  lending  his BLACK LAKE animation to be projected outside the competition, accompanied by new original music. His  gesture of trust and generosity is everything that InnerSound encompasses: sharing  the new art, the novelty, the emotions and brave spirit of our generation.

The fourth edition of Innersound New Arts Festival will take place in Bucharest between September 28 and October 1. Over 60 artists from 8 countries will be present on the stages from Elvira Popescu Cinema, The Ark, ARCUB Gabroveni, the National University of Music Bucharest and the George Enescu National Museum. The price of tickets for the first day of festival is RON 35 , for the second day it’s RON 25 and for the last two days is RON 30 each. A season ticket, for all four festival days are available at the price of RON 75.