Fake news and manipulation in times of crisis 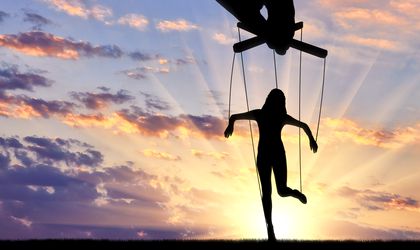 These days, in full COVID-19 pandemic, 85 percent of Romanians get their information through the TV, 60 percent use online press as an additional source of information, while 54 percent say Facebook is their alternative source. Data came from a survey conducted by Unlock Research during March 14-17, 2020 on a sample of 628 people in large and medium urban centres.

70 percent of Romanians said that their life had totally or partially changed in the last week, a situation that may accelerate the spread of fake news and manipulation, especially when anxiety and fear run high. But are Romanians easier to manipulate than people in other countries? Crenguta Rosu, managing partner at DC Communication, said that some years ago she might have been tempted to say yes. The last three-four years, with Brexit and some obvious, well-documented interventions in electoral cycles in countries that were accustomed to critical thinking and strong democratic watchdogs have demonstrated that the vulnerability is there and that it’s big for everybody. “In a way, the degree of manipulation is ultimately irrelevant as long as there is any manipulation at all. We are vulnerable to it due to the lack of critical thinking skills and the absence of a culture of debate, asking questions and accommodating others’ points of view. We eat up information that confirms our biases and then, boom: manipulation happens,” said Rosu.

In her turn, Corina Vintan, founder and managing director at Links Associates, believes that we are equally exposed to fake news as other countries. And this is because we have an unregulated digital world where any kind of opinion or situational truth is treated as fact. Therefore filtering out fake news has become very challenging even for the most highly trained and educated communicators. “There have been many cases of serious sources and journalists that fell into the fake news trap. It is thus much more difficult for the general public to discern between what is reliable and what isn’t in terms of information. In order to resist manipulation through fake news one needs to know which sources are credible and which ones are not, to check information with two or three sources and have a critical approach on explosive content. And this is almost impossible for an ordinary reader,” Vintan explained.

Vintan’s point of view is supported by Ana-Maria Diceanu, managing director at Brain4Strategy, who says that fake news and manipulation are a global phenomenon and, when they produce panic, the effect is undesirable as everything may spiral out of control. She believes that media literacy is the most useful tool, but Romania is unfortunately not among the best educated countries in this regard. According to the 2019 Media Literacy Index, the higher the corruption perceptions and distrust in journalists are in a country, the lower its media literacy is. Corruption seems to have a direct correlation with media literacy levels: countries with very little corruption have high media literacy scores. Romania ranks among the last 10 countries in the Index, with a score of 36, while the most media literate country (Finland) gets a score of 78.

Furthermore, according to Loredana Sandulescu, editorial director at Biz magazine, manipulation in the media and fake news have proliferated massively over the past few years and we are seeing it all over the world, as this type of toxic narrative has become “the new normal”. “The problem is massive, largely taking place through social media, mainly Facebook, which has become the platform of choice for social media manipulation,” Sandulescu says.

And if we look at the COVID-19 situation, “WhatsApp is the leader in distributing fake news these days. I think I receive at least one fake audio or text message per day. Every time I see these in one of the groups I am part of – either friend or parent groups – I make them aware of the fact that they should verify every piece of information they share, especially these days, as the president’s Emergency Decree says that distributing fake news is punishable by law,” Ana-Maria Diceanu points out.

In turn, Crenguta Rosu highlights the fact that for the regular person who is not accustomed to discerning between the various sources of information, identifying the credibility of the source and the validity of a claim is a new skill or one they never thought they would need. The norm was “I’ve read it/seen it on TV – it must be true,” remember? Then media moved online, TV moved online, and social channels are online. For the normal person these are all in the same place, as sources of “what’s new.” “A recent study on media, published by Reuters, found that more than one third of people are getting their news from social channels, so whatever is on their Facebook wall represents their news universe. So I would rephrase the question, because in the end those spreading fake news are the people, and the online channels are just facilitating this process. I disagree with the overall blame on social media, which is a tool. It is the people who choose to do the sharing of fake news. Social channels in the hands of people with no discerning skills are indeed possible sources for fake news,” added the DC Communication representative.

According to Corina Vintan, the main problem is that we don’t have a mature, independent mass media. “We have independent media initiatives, but they are young and not known by the general public. Instead, we have a very biased traditional media that is easily penetrated by internal and foreign propaganda. To this organic weakness of the traditional media we can add the sales and marketing pressures in the daily run for clicks and visitors,” Vintan explains. Let’s not forget the fact that the Romanian public, as well as the western one, have a very limited appetite for facts, figures, and evidence, and this is something unprecedented in recent history. But this growing consumption of sensationalist media has its flip side. The 2019 Edelman Trust Barometer revealed that 73 percent worry that misinformation, fake news and digital bots are modern weapons of propaganda.

Why this phenomenon? In Loredana Sandulescu’s opinion, the situation we face is mainly due to political interests (when flawed and politicised press is involved), commercial reasons or simply click bait – fake news articles are published by media outlets willing to obtain easy gains: website traffic growth through sensational breaking news stories, with an emotional resonance. “One common source of fake news comes from various facts reproduced in the media without the process of fact-checking, a second source is the reporting of medical and scientific developments which are taken out of context, without a proper critique of the full research. Fake news is a powerful tool used in shaping audience opinions and perceptions, and unfortunately things seem to be out of control. At least so far,” said Biz’s editorial director.

Taking all this into account, one must wonder: how easy is it to spread panic? Well, it’s pretty easy and fast. “Panic has multiple stages. In the first stage everybody tends to believe and share whatever information they find. In any situation there will be always some people that will panic more and start doing irrational things that go against the common good. If we have learned anything from crises of the last years, it is that human beings have tremendous resources of kindness, solidarity, and creativity. In the current situation of the first pandemic crisis in many years, with severe consequences on the worldwide public health and economy, after panic we can see how solidarity and common sense are taking the stage. A very important role will be played by official communicators. They have to keep us informed in a truthful, perseverant, and empathic manner in order to keep social anxiety at a very low level,” said Vintan.

As Sandulescu notes, our brains can short-circuit when faced with something scary or unknown. “When people feel their survival is threatened, they react in various ways and start acting as if they are still in control, which leads to even more panic.”

So have state representatives and other big countries’ institutions learned from the past and from their previous mistakes so as to properly communicate during a crisis? “We are seeing a worldwide crisis of an unimaginable magnitude, which is testing authorities’ capacity to communicate everywhere. We also have to ponder the actions that are the subject of communication, to analyse the availability of relevant information, its clarity, structure, format, timing, rhythm, speakers – all of these end up impacting the credibility of the whole crisis containment efforts,” Crenguta Rosu points out.

Moreover, what she could see was an effort by the authorities to deliver the information in a controlled manner. This is not a bad idea as to contain rumours or panic, but if it is taken too far it can raise a lot of questions. “Overcontrol is as bad as lack of control in terms of rumour containment and credibility. This type of controlled information flow has to be easy available and backed by places where information is updated and questions are promptly answered, a higher (than today) frequency of contact, clearer messages and presentations, simplification and repetition, more channels to reach more people. Some of these criteria are not being met,” Rosu adds.

In turn, Sandulescu thinks that Romanian authorities seem to be acting more quickly on lockdown measures and being more cautious than those in Italy, Spain or the UK, but she points back to the Colectiv case and the tragedy that occurred later on. With these memories still fresh in her mind, she’s taking it all with a grain of salt and is just hoping that they don’t repeat the mistakes of the past.

Corina Vintan believes that there’s been obvious improvement in this sense and that there is huge willingness to communicate better. On the other hand, “one of the attributes of crisis management governance is accountability and, in this aspect, Romania lacks examples of how state representatives become accountable after catastrophic crisis handling. The triangle of a good crisis communication strategy is promptitude, transparency of facts, and empathy. I think the last two are still challenging for Romanian state representatives regardless of their political colours”.

Related
Call For Leaders Part 2 - Back in Business