Director Park Chan-wook: “Travelling to Anonimul, I’ve seen the most beautiful sunset in my life” 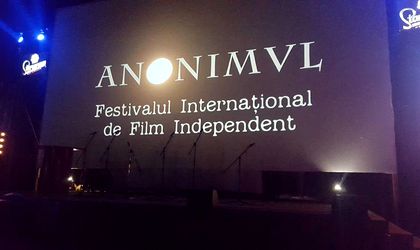 It’s known that the road to Anonimul Film Festival can make you falling in love with the beautiful sightseeing offered by one of the most savage places in Europe, the Danube Delta. That’s what the idyllic backdrop of the Danube Delta and Black Sea adds to this festival’s charms.

For this 13th edition, Anonimul Film Festival has invited the South Korean director Park Chan-wook, who has received at the opening gala the Anonimul trophy for his contribution to the world’s cinema. To celebrate the great director, the organisers will screen several movies of the well-known director, such as The Handmaiden, Joint Security Area, Sympathy for Mr. Vengeance, Thirst, Lady Vengeance and Oldboy.

At the opening, director Park Chan-wook talked about the Romanian culture and the sightseeing. “From my home in Korea to Sfantu Gheorghe I’ve travelled almost 24 hours. When we arrived in our hotel in Bucharest and I found out that we have to travel for five more hours by car and by boat, I said to myself that “it better worth it this festival”, said the director. “Travelling here, I’ve seen the most beautiful sunset in my life,” added Park Chan-wook.

Being on the stage of Anonimul, the famous director added that the public’s warmth seems like this festival can be compared to a neighbourhood’s party. “To see my films screened here make me think that I am doing a movie for every attendee, and for each of you this movie means something else. I could compare this feeling with the way flowers spread their seeds,” explained the director. Park Chan-wook will held a masterclass for the festival’s public, as well as Q&A sessions after his movies.

For this edition of Anonimul Film Festival, the program also include Romanian movies, such as Cristi Puiu’s Sierranevada or Bogdan Mirica’s Dogs.

The festival is held in Sfantu Gheorghe, Tulcea county, between August 8 to August 14. You still have time to come to the festival – and if you can’t find accommodation anymore, a camping awaits you. The screenings are free of charge.