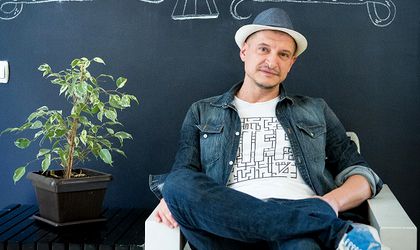 Transylvania International Film Festival (TIFF) has managed to re-size and yet to offer the cinema experience for the cinephiles, as it does for the past 19 years. While details are still being defined for July 31-August 9, Business Review talked with Mihai Chirilov, TIFF’s artistic director, about cinema post-coronavirus.

For world film industry, what does it mean the cancelling of Europe’s most famous film festivals? But for you?

It was a seriously hit. Practically, Berlin was the last large festival that had the chance to take place under normal conditions, even if, in retrospect, the pandemic was in full swing even then (although unofficial). The cancellation of Cannes and the Karlovy Vary Festival means that all those films that hoped to have a world premiere in a A Series festival are still in the box, unable to be projected and exploited at their fair value. The film show, the dream of any filmmaker to see his film on a screen, in a room with thousands of people, were amputated – hopefully temporarily. Many festivals have reoriented themselves on online platforms, with more or less success – understandable given that the selections and negotiations for the films were already made. But we all know that they cannot replace a real festival, with screenings in cinemas, with the real presence of the authors and in front of a cinephile audience. Karlovy Vary even invoked this when they decided to cancel the festival. Cannes has stubbornly announced a virtual selection of films that would have been screened if the festival had taken place – at least bizarre, if not ridiculous. Film markets have also reoriented on online platforms, and here things work relatively OK, managing to relaunch the film business and maintain the illusion of normality in this whole chain of film production and distribution. Regarding the TIFF, we excluded from the start to stream exclusively online, while we believe that a festival, with all it implies, cannot breathe the same, and we preferred to wait for better times to make it happen, with all the measures of necessary protection. We encourage mainly to the local film industry, of all those films that are waiting to meet the cinema audience – reason for which the Romanian Film Days, one of the lighthouse sections of TIFF, will get a bigger scope at this edition.

You are going to resize TIFF. What should we expect in terms of film selection?

Inevitably, the TIFF budget suffered, some sponsors withdrew, reprioritising their activities. Restrictions in force and the anticipated operation of cinemas at 30-50% of capacity require not only a reduction in the number of films (by about 25-30%) and cinema-goers, but also a reconfiguration of the program, motivated by the implementation of security measures, as well as involving the sanitation of the spaces and the widening of the time interval between the projections in order to ensure a much more fluid and airy traffic for the public. Many of the new sections of this year’s TIFF have been carried over to the next edition, the number of films corresponding to each existing section has also been reduced – but we have tried to keep the basic framework of the festival, with which the fans are familiar: the main competition (open to young directors at their first or second film), the classic sections Supernova, Full Moon, No Limit, Whats Up, Doc ?, 3×3, Hungarian Day, Film Food, EducaTIFF, spotlight on national cinemas, retrospectives, Fellini homage, cine-concerts and special screenings. 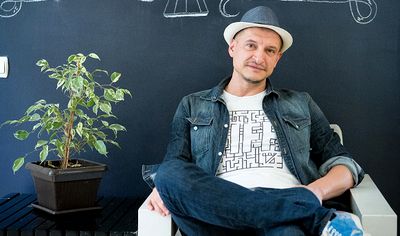 How the cinema is going to look like post-pandemic? Are we moving online or cinema-hall experience is still preferred? Is drive-in cinema returning?

I have no idea how the post-pandemic cinema will look like. Maybe some will take this as a challenge and rethink the production process and the stories as they happen. Maybe others will continue to tell their stories as if nothing had happened. Maybe some will move online and others will prefer to do justice, as they say, to the general idea that a movie can only really be lived in the darkness of a movie theater and will adapt to the reality and the rules in order to takes the tradition further. It remains to be seen whether the drive-in experience will be satisfactory – in my opinion, I think that from the car you can see a certain kind of film, adapted to this limiting setting from a technical point of view.

Another global talk in film industry features political correctness, with a current focus on racial stereotypes. Does Europe face same problems? Are certain directors or actors left aside or the European cinema is more inclusive?

We live in a complex world, in constant change and reconfiguration, in which many of the existing things must be re-discussed and adapted to the current reality. The film, including the European one, is sensitive to this dialogue and the idea of diversity. As in any art form, I think the most important thing remains freedom of expression, and if we are talking strictly about cinema, artistic validation should be what matters first.

What’s not to be missed this year at TIFF?

Federico Fellini’s retrospective, 100 years after the birth of one of the most special filmmakers given to cinema. The opportunity to see La dolce vita, Fellini’s masterpiece on a giant outdoor screen seems unmissable to me – and the kind of ironic but therapeutic counterpoint to the immediate reality, in which life is not necessarily as sweet as before. The new films of cinema maestros Roman Polanski, Arturo Ripstein, Alejandro Amenabar, Marco Bellocchio, but also this year’s Berlin Golden Bear, There Is No Evil. The Barefoot Emperor, a sequel to King of Belgium, which opened TIFF a few years ago, is a welcome infusion of humour and social comment on today’s Europe. The Hungarian film Eden is a limiting experience, visually splendid, about life in isolation. Screenings in restored versions with Lucian Pintilie’s Libra (Balanta), David Cronenberg’s Crash or Water as a Black Buffalo, the documentary about the devastating floods of 50 years ago, to which most of the essential filmmakers of Romanian film contributed are unmissable events for any cinephile who respects himself. Cine-concert with Murnau Faust’s masterpiece, the 3D documentary about the choreographer Merce Cunningham, the Costa Gavras mini-retrospective and, last but not least, Cristi Puiu’s new film, Malmkrog.