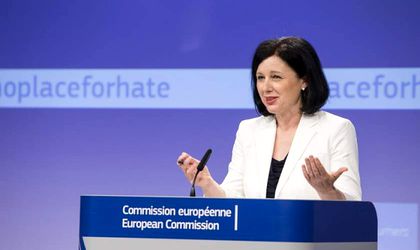 Vera Jourova, the EU Commissioner for Justice, said for Business Review that the European Commission has confidence in the Romanian  judiciary and recalls that criticism against the judiciary remains a problematic feature in the public debate in the country. Her statement came at the request of BR journalists, after Liviu Dragnea was convicted to 3 and a half years in jail for instigating abuse in office.

“It is essential to let justice follow its course and to respect judicial independence, as we have stated clearly in our latest CVM report,” she added.

According to the EU official, the Commission continues to follow closely and with concern the ongoing developments in Romania, “including on judicial and criminal codes reform. As we have repeatedly stressed, the fight against corruption and ensuring an independent, professional judiciary is of paramount importance”, Vera Jouvora stated.

At the beginning of this year, Vera Jourova, during a debate called “Threats to the rule of law through the judiciary reform in Romania” held in the European Parliament, criticized the changes brought to the Justice Laws.

The head of the Social Democratic Party (PSD), Liviu Dragnea, said he will not resign in a statement that came one day after judges at Romania’s High Court handed him a jail sentence of 3 years and six months for instigating to abuse in office. The ruling of the judges can be appealed.