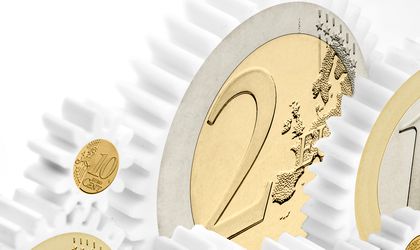 Before the pandemic, Romania’s economic performance was impressive. According to an OECD report, in less than 20 years, Romania reduced its GDP per capita gap with the OECD average by half, from nearly 70 to around 35 percent. The share of the country’s population which is at risk of poverty or social exclusion had fallen to 30 percent in 2020, from around 50 percent thirteen years earlier.

The pandemic crisis put a significant dent in the economy in 2020, as GDP fell by 3.7 percent before exceeding its pre-crisis level in 2021. While growth remains strong (6.3 percent in 2021 and an estimated 4.5 percent for 2022 and 2023), significant risks are also on the horizon. The annual inflation rate climbed to 7.94 percent in October 2021, from 6.29 percent in September, before falling to 7.80 percent in November under the impact of the capping and compensation of electricity and natural gas prices for households, thus mildly exceeding the forecast at the end of the first two months of Q4. December’s inflation was at 8.2 percent, according to central bank data. The increase continued to be driven mainly by exogenous CPI (Consumer Price Index) components, with major influences coming especially from the hefty hike in the prices of fuels, i.e. the non-petrol-diesel subgroup, and to a smaller extent from higher VFE prices. A temporary slowdown in the recent upward inflation trend appeared after the enforcement of measures to compensate domestic consumers of electricity and natural gas, which will also be reflected by the CPI inflation rate during the application of these provisions (November 2021 – March 2022).

Subsequently, in April 2022, as these measures expire, the annual CPI inflation rate will reflect substantial increases, reaching 8.6 percent in the second quarter of 2022, a maximum in the forecast range. After that, the CPI inflation rate is expected to drop to 5.9 percent by the end of next year and to 3.3 percent in 2023. Economic growth slowed down considerably in Q3 2021, to 0.4 percent, from 1.5 percent in Q2, contrary to expectations. This makes it likely for excess aggregate demand to shrink to a much lower-than-forecasted value during this period, also due to the recent notable downward revision of statistical data on the pace of economic advance in H1 2021, which implies that the pre-pandemic GDP level was surpassed by a more modest margin in Q2.

Moreover, annual GDP dynamics saw a visibly stronger-than-anticipated decline in Q3 (7.4 percent down from 13.9 percent in Q2) while remaining high from a historical perspective, mainly on the back of private consumption, but also due to the unusually large contribution made by changes in inventories. On the other hand, the contribution of gross fixed capital formation unexpectedly turned marginally negative for the first time in the past 11 quarters, mainly on account of a sharper contraction in capital repair works, which outweighed the impact of the slight annual increases in new construction works and net investments in equipment (transport equipment included).

Net exports further made a negative contribution to annual GDP dynamics, yet this narrowed notably versus the previous quarter, even amid a somewhat faster decline in the annual change in exports of goods and services than that in imports thereof. However, trade deficit deepened in annual terms at a much stronger pace in Q3, given the relatively more unfavourable developments in the prices of imported goods, while the current account deficit continued to see a slowdown in the annual growth rate, albeit much more modest than in Q2, due to improved annual rates of change of income balances.

Recent developments in high-frequency indicators point to a standstill in economic activity in Q4 2021, in the context of the fourth pandemic wave, the energy crisis, and supply bottlenecks, entailing the fall in annual GDP dynamics to a significantly lower value than that anticipated in November 2021.

Other relevant developments included the significant deceleration seen in October by the annual growth rates of retail trade, sales of motor vehicles and market services to households, the plunge in industrial output, and the shrinking portfolio of manufacturing orders versus the same period of the previous year. At the same time, the volume of construction works posted a more rapid year-on-year decline in October owing to developments in the non-residential segment and civil engineering works, whereas exports of goods and services recorded a considerable drop in their annual change, much more pronounced than that in import dynamics, which led to a further step-up in the annual rise in trade deficit. Against this background, but also as a result of a notable worsening of income balances, the current account deficit saw its widening trend in annual terms re-accelerate strongly, with its cumulative value for the first 10 months of 2021 exceeding that reported in the same period of 2020 by around 58 percent.

In September and October 2021, labour market developments reflected influences from the worsening epidemiological context and tighter mobility restrictions, as well as those from more severe disruptions in global supply chains and sharp increases in energy and other commodity costs. As a result, the number of employees economy-wide ceased to rise in September and went up marginally in October, very slightly exceeding the pre-pandemic level. Moreover, in September, the unemployment rate reversed only part of the significant increases seen in the previous two months, while in October it remained unchanged, hence staying visibly above pre-pandemic values.

Looking at the financial market, the main interbank money market rates went further up at a relatively fast pace in November and December 2021, hitting 21-month highs amid the new policy rate hike and tight liquidity conditions and expectations of a further increase in the key rate, also strengthened by regional developments. Yields on government securities continued to rise as well, albeit at a relatively slower pace, in the context of abating political tensions and the mixed behaviour of long-term government bond yields in advanced and emerging economies, remaining significantly above those in the region across the entire maturity spectrum. At this juncture, the EUR/RON exchange rate stayed relatively stable at the higher readings recorded at the end of Q3 2021.

Loans on the rise

The annual growth rate of credit to the private sector rose further in double-digit territory October through November, reaching 14.1 percent on average, compared to 12.9 percent in Q3, given the protracted increase in the particularly strong dynamics of the RON-denominated component, supported by government programmes, but also on account of a mild step-up in forex loans. RON-denominated loans saw their annual growth rate accelerate to 18.5 percent in this period, from 17.8 percent in Q3, with their share of the total widening to 72 percent in November.

According to current assessments, the annual inflation rate is likely to rise gradually over the months ahead, under the impact of supply-side shocks, exceeding the values shown over this time horizon by the medium-term forecast of last November. Behind the worsening of the short-term inflation outlook stand the expected higher increases in electricity and natural gas prices—even amid the implementation of measures to compensate and cap such hikes—as well as in processed food prices, mainly due to the advance in energy and agri-food commodity prices. Their impact is likely to amplify and further prolong the positive deviation of the annual inflation rate from the upper bound of the variation band of the target, especially after the measures to compensate and cap energy price increases cease, but also to trigger disinflationary base effects over the longer time horizon.

However, significant uncertainties still linger over the effects of temporary measures to compensate and cap price hikes for electricity and natural gas for households, as well as over how they will be assessed and included in the CPI calculation. Moreover, uncertainties and risks continue to stem from developments in commodity prices, particularly those of energy and agri-food, as well as from bottlenecks in global production and supply chains.

At the same time, the evolution of the pandemic and the associated containment measures adds a major element of uncertainty and risk to the forecast, at least over the short term, amid the nationwide infection growth rate generated by the more contagious Omicron variant, the insufficient progress of the vaccination campaign, and the potential impact of this wave on Europe’s economies, which are also being hit hard by the energy crisis and the persistent supply bottlenecks. Uncertainties and risks also continue to be associated with the fiscal policy stance, given, on the one hand, the 2021 government deficit that was potentially smaller than the target and, on the other hand, the co-ordinates of this year’s approved budget programme, aiming at a step-up in fiscal consolidation in line with the commitments under the excessive deficit procedure, yet in a challenging economic and social environment both domestically and globally. Yet another source of uncertainty and risk has to do with the absorption of EU funds, especially those under the Next Generation EU programme, which are conditional on fulfilling strict milestones and targets for approved projects.