BR ANALYSIS. Romania could play an active role on the global chemical scene 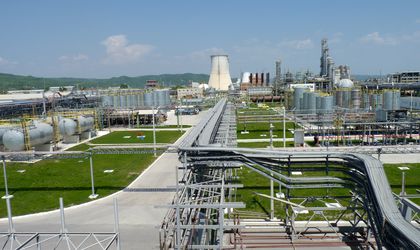 Despite the absence of some significant sub-sectors, the Romanian chemical industry has the potential to become an active player at the international level. Yet Romanian authorities need to take some important measures in order to support this field.

Currently, the local chemical industry is represented by some of its sub-sectors, such as the processing of salt for sodium chloride-based products, natural gas for chemical fertilisers, oil, plastics and rubber processing, pharmaceuticals, and the paper and chemical pulp sector.

“Romania has all the material and human resources and the knowledge it needs to have a developed chemical industry that could cover all the needs of the national economy and act as an active factor in the international chemical industry. The local chemical scene lacks some of the most significant sub-sectors like chemical rubber synthesis, synthetic fibers manufacturing or chemical pigment production. Unfortunately, some products are scarce on the local market and in their case imports are six times larger than exports,” says Stefan Vuza, the president of Chimcomplex.

The company now operates the largest chemical manufacturing facilities in Romania, with two industrial platforms in Onesti and Ramnicu Valcea. It is also the largest exporter backed by Romanian private capital and provides both on vertical and horizontal levels the salaries of over 15,000 employees (including the employees of Chimcomplex and of other economic sub-sectors). In addition, Chimcomplex is the sole Romanian manufacturer of biocidal active substances based on chlorine, sodium hypochlorite and calcium hypochlorite. These products are used in the chemical treatment and disinfection of surfaces in the fight against the most dangerous viruses and germs, including Covid-19. They are also used in the treatment of drinking water.

Moreover, Chimcomplex recently got approval from the Health Ministry to produce sodium hypochlorite biocide at a 1.25 percent concentration. As such, the company has adjusted its industrial production line in order to prioritise sodium hypochlorite, as the product is essential for public health in the context of the Covid-19 pandemic. Production will start at the Ramnicu Valcea and Onesti industrial platforms, in an effort to slow down and limit the Covid-19 outbreak in Romania. “Our products are being used in Romania and other countries like Moldova, Bulgaria, Hungary, Ukraine, and Serbia, among others. Therefore, we can say that Chimcomplex is a strategic company for the Romanian economy in terms of national security and water-related public health,” says Vuza. He adds that 2020 started with a major crisis in the European chemical industry, which translated into a drop in sale prices. The situation got worse along with the general economic crisis generated by the coronavirus. “This is why the industry needs the government’s support and refinancing from local banks, in order to carry on with the medium and long term activities in production facilities,” Vuza adds. He warns that a disruption of the chemical industry could have a ripple effect and may lead to the disappearance of some local producers who are crucial for economic well-functioning. 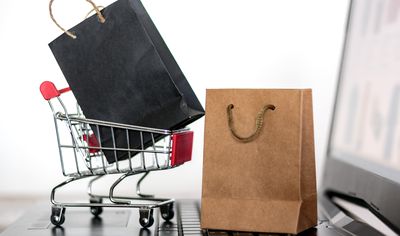 Asked what Romania should do to become an exporter of chemical products, Vuza of Chimcomplex says that the development and implementation of a sovereign guarantees mechanism for high-grade loans used by players in this industry for investments is crucial. “Investments in the chemical industry are very costly and access to such loans is either too expensive or impossible,” adds Vuza. Secondly, he adds that a stabilisation of prices for electricity, heat, natural gas, and other utilities the chemical industry uses is also important. “In addition, there is a need for a special programme to develop the chemical industry, based on available national resources like salt, natural gas, wood, oil, and coal. The programme has to promote the efficient capitalisation of these raw materials, aiming for integration and advanced processing in order to obtain high added value for exports.”

What’s happening at the European level?

According to Vuza, the European chemical industry is very competitive. However, in the last two years, its profits halved compared to past levels and initial targets. “The European chemical industry performs well due to the fact that between 2000 and 2010 it went through a smart restructuring, re-engineering, and development strategy that essentially aimed at keeping highly scientific and value-adding sub-sectors in Europe,” he adds. Pharmaceuticals, pigments, bio-synthesis products, cosmetics, silicone products, artificial fibers based on carbon, glass, and volcanic slate, special chemical products, and fine chemicals (products manufactured in small quantities with a minimum value of USD 10/kg) are among such sectors. “Highly polluting commodity-based industries have been transferred and developed in Asia, which had easily accessible raw materials, cheap workforce and plenty of consumers,” he says.

Germany – with companies like BASF, the largest chemical manufacturer in the world –, France (with Buyer and Evonik), the Netherlands, and Italy are countries with some of the most competitive chemical industries in the world right now. “These countries allocate significant budgets to research and development activities or post-graduate studies and are suppliers of state-of-the-art technologies, having launched modern development directions like the Circular Economy, the New Chemistry or Industry 4.0. What’s interesting is that these countries’ environmental protection rules are more flexible than Romania’s.”

Call for Leaders | Stefan Vuza (Chimcomplex): This is a time when performance...

Chimcomplex launches the production of the biocide that underpins disinfectants recommended by the...