Analysis: Romania’s Ministry of Culture in 2016 – from Wisdom of the Earth campaign to approval of the Patrimony Code and proposed inclusion of Rosia Montana site in UNESCO list 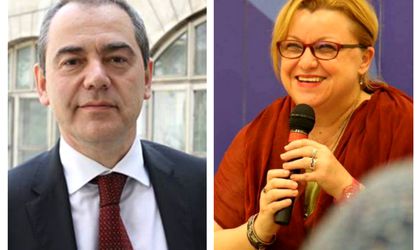 The first minister of culture of this government was Vlad Alexandrescu, who, according to the official information studied French and German at the University of Bucharest and received a PhD in language studies at Ecole des Hautes Etudes en Sciences Sociales in Paris. He holds the French chair of the University of Bucharest where he has been teaching since 2000. He was the Romanian ambassador in Luxemburg from 2006 to 2011.

During his mandate, Alexandrescu made some significant changes. One of them was the decision to declare Rosia Montana a class A historic monument, which halted the gold mining project in the area, right before December 31, 2015. He also had the initiative to start the public campaign for raising money for the state to buy Cumintenia Pamantului / The Wisdom of the Earth sculpture by Constantin Brancusi. Also, the former minister wanted to set up a fund for patrimony, to allow the restoration of decaying historic monuments.

Alexandrescu published his resignation on his Facebook page, where he also posted a picture of him together with the team that had helped him during the 6 months he had spent in government. “During my short tenure, I was first of all interested in restoring the credibility and importance that the Ministry of Culture deserves in a European modern society,” said Alexandrescu in the letter.

At the helm of the Ministry of Culture next came Corina Suteu, former state secretary in the same ministry at the beginning of May 2016. She continued the fundraising campaign for Brancusi’s sculpture. At the end of the campaign, only EUR 1.3 million was raised, although the amount needed was EUR 6 million. The situation with the acquisition was quite indefinite after the campaign, but the minister of Finance, Anca Dragu, has explained what happened – bottom line, there wasn’t a legal way to give the rest of the money from state’s funds, and therefore, the sum wasn’t allocated. Currently, neither the Ministry of Culture, nor the Government doesn’t have a solution for giving the money back to those who donated, as they promoted during the campaign, if the funds won’t reach EUR 6 million. One major aspect is that most of the population has donated EUR 2 through SMS, while no one took into consideration the administrative costs for the failure. All in all, the critics say that this campaign was a major PR tool for the current technocratic government, who used all the media to promote the cause. Taking into consideration the current situation of the acquisition of the sculpture, they are probably right.

What’s at stake in the new cinema law?

Going back to Suteu’s mandate, the minister also managed to implement a new Romanian cinema law. According to Film New Europe news portal, the new law modifies the regulations of the film grants contest by making it more transparent and permitting the reciprocity of international co-productions by introducing a separate category for minority co-productions. High school education is also among the novelties of the law, together with the notion of micro-budget films. The law also aims at simplifying the process of taking over of the old cinemas by the local authorities from RADEF Romania Film. Also, according to the new law, the National Archives will move from the subordination of the Romanian Film Centre under the Ministry of Culture in order to provide a better protection of national heritage. Moreover, cinema theatres and open air cinemas will have to screen 10 percner Romanian films annually, of which at least 50 percent in the prime time. The percentage of Romanian films broadcast annually by TV channels should increase from 2 to 5 percent, and the TV channels will have to air at least 50 percent of Romanian films in prime time.

During her mandate, The Rosia Montana mining site was included on the UNESCO indicative list, Culture Minister Corina Suteu announced in late October 2016. This is a preliminary stage and could be followed by a nomination for the status of UNESCO World Heritage Site.

Moreover, the a new website of the Ministry of Culture was launched, and according to Suteu, the design and implementation didn’t cost, while Zitec company decided to help with the redesign.

Just last week, a new decision has been taken courtesy of the Ministry of Culture: the Patrimony Code has been published, therefore now the Romanian patrimony should be better preserved.

Editor’s conclusions: Tough year for the Ministry of Culture

Indeed, it was a tough year for the Ministry of Culture, but aren’t they all? According to the current National Defense Strategy for 2015-2019, one of the objectives of national security concerns promoting national identity through preservation and valorization of cultural and natural heritage. We also have to bear in mind that for 2016, the budget of the Ministry of Culture is around RON 773 million (EUR 171 million), meaning 0.1% from the country’s GDP. Although it’s quite small, the amount has increased significantly from 2015, by almost 26 percent.

Naming Rosia Montana class A historic monument was a big surprise, following the changes regarding the patrimony and the currently approved Code of Patrimony. Another big thumb up goes for the new cinema law, for which the Ministry has joined forces with all the professionals of the domain.

On the other hand, we had the massive scandal of the Bucharest National Opera which had the international echoes and most of the relevant classical music portals pointed a finger at us. Also, the failure of the donation campaign for Brancusi’s sculpture didn’t honour neither the great Romanian sculptor, nor Romania. But all in all, a wind of change has come at the Ministry of Culture. Let’s hope for the best for the following year.