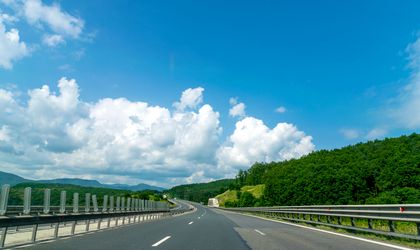 Romania has an historic problem in managing infrastructure projects, with long delays in signing contracts and difficulties in managing their implementation. But 2020 could be a turning point: a high number of contracts for motorways and express roads have already been signed, and state company CNAIR is preparing more major contracts for this year.

If these projects are implemented, the next decade could forever change the way this eastern European nation looks and moves. 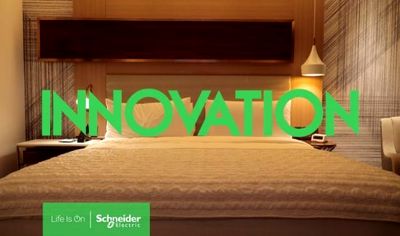 Romania currently has 866 kilometers of motorway, a very poor record at the European level, as many smaller countries have managed to build much larger networks of modern road infrastructure. Despite the growing public pressure and generous EU funds, the government has made little progress with infrastructure projects over the last few years. In 2019, only 43 km of new motorways were completed.

In fact, in 2020, the few motorway sections to be completed will bring little comfort to local and foreign drivers travelling around Romania. One of the main reasons for the slow advancement of major motorway projects in Romania is the poor management of state-owned road company CNAIR and the politically unstable position of the Transport minister.

One relevant example is the new A10 motorway, projected to connect southern and northern Transylvania and initially scheduled to be completed in 2016, is still under construction, with works due to be completed this year (according to the Transport Ministry) or in 2021 (according to NGOs).

Another significant aspect is the fact that Transylvania will still be cut off from the rest of Europe due to a 13 km interruption – a missing link between Banat and Transylvania that will not be finished until 2023, according to most independent experts. In fact, for this missing link, there is no official term of completion. The other major missing link, between Wallachia and Transylvania – the Sibiu-Pitesti section – has even poorer perspectives: there is only one small section under construction, another with a signed contract and three other subsections – the most difficult ones – still not even contracted.

The Sibiu-Pitesti section is a difficult one as it crosses mountains, and experts forecast that this major project has little chance of being completed by 2030. But the worst situation in terms of infrastructure is in Moldova. Despite the fact that Parliament passed a law forcing the government to begin the construction of the Iasi-Targu Mures motorway, aiming to end the historical isolation of the province, the government has done little to speed up the project as it has no money to finance such expensive endeavours.

This year, as usual, the CNAIR management was changed, following the change of the country’s ruling party. This change has unexpectedly had some positive effects over the last couple of months, namely a surge in the company’s activity. Currently, 164 km of motorway and expressway are under construction in Romania, and at least 40 km will be completed this year.

However, what really has changed is project implementation. Road infrastructure is usually a long and highly bureaucratic process before the real start of construction takes place. To build a motorway section, you need a feasibility study, a technical project, and expropriations. These procedures were accelerated this year, with new contracts signed for construction, but also for studies and technical projects.

In fact, two new contracts were signed for the A3 motorway in Transylvania, as well as one contract for a major section of the Sibiu-Pitesti motorway. At the same time, more important contracts for other important road projects (e.g. the Pitesti-Craiova expressway) are in the final stages.

Major steps forward were also made for projects in Moldova, where three motorways (A7, A8 and A13) are planned. Contracts have been signed for feasibility studies for most of these roads, while expropriation procedures are more advanced than ever. Despite this progress, Romania also needs structural reforms to advance its infrastructure projects. Experts say that the missing link between Transylvania and Wallachia, the Pitesti-Sibiu motorway section, has little chance of completion within the coming decade, and the main reason is incompetence.

“Some sections of the Sibiu-Pitesti motorway could be completed within eight years, but the entire project could take at least 15 years,” Pro Infrastructura Vice-President Ionut Ciurea told Business Review. Pro Infrastructura, an NGO that monitors infrastructure projects in Romania, constantly criticises government-appointed administrators of motorway projects.

“There is a lot of incompetence on the auction side, with many weak task books. It takes a year just to launch an auction in Romania. Generally speaking, there is a lack of administrative capacity to manage large infrastructure projects,” Ciurea said. This unexpected surge in new projects and contracts is usually associated with public pressure but this year there is another clear reason: the coronavirus pandemic.

With many economic sectors having experienced a sharp collapse during the state of emergency, as they did in many other countries, Romania needs to stimulate those sectors that seem to be less affected by the pandemic. Construction works in a country that desperately needs infrastructure could bring that much needed boost to a declining economy, especially since many projects are financed through EU funds.

“The government aims to make massive investments in the development of transport infrastructure in Romania,” prime minister Ludovic Orban recently said. This push was already seen in the first quarter of 2020, when Romania ranked among the few EU countries that recorded economic growth.

The detailed figures released by the National Institute of Statistics (INS) showed that Romania’s gross domestic product (GDP), the index widely used to measure the size of national economies, rose by 2.7 percent in the first quarter of this year compared with the same period of 2019, and by 0.3 percent quarter-on-quarter. The sector that triggered this increase was construction, which increased by more than 32 percent year-on-year and contributed to about a third of the country’s GDP growth.

According to experts, infrastructure works have had a major impact on these numbers. “From the perspective of aggregate supply, the growth of the construction sector by 32.6 percent year-on-year in Q1 is outstanding, an evolution that reflects continued investment flows in the economy, especially before the incidence of the pandemic,” Andrei Radulescu, senior economist at Banca Transilvania, wrote in a recent report. This new momentum for infrastructure projects is a necessity for Romania, and not just in terms of facilitating transport. In fact, the number of cars and trucks saw a quick rise in Romania during the last decade – and the increase was associated with a surge in road fatalities.

Deadliest roads in the EU

According to official data, the poor state of Romania’s roads has a huge cost in terms of lost lives. In 2019, the EU countries with the highest road fatality rates were Romania (96 road deaths per 1 million inhabitants), Bulgaria (89), Poland (77), and Croatia (73), according to the latest European Commission data. Meanwhile, the member states with the best road safety scores were Sweden (22), Ireland (29) and Malta (32).

But experts say the figures are disguising an even bleaker picture. “In fact, the situation is much worse because the resident population is at least a million inhabitants below the figure used by Eurostat (19.7 million),” Pro Infrastructura said of the EU data. “Statistics show that although the construction of motorways is crucial, without radically improving safety across the existing infrastructure, especially in places where people live (building bypasses, eliminating black spots and taking pedestrian and cyclist protection measures), Romania will remain in the last place in Europe in terms of road safety,” the NGO added. The European Commission estimates the socio-economic cost of road deaths in Romania at EUR 3 billion a year.

Mariana Ionita, CNAIR: We try to keep up with the business environment and...

Andreea Filip (Oxygen): I have observed an increased demand for communication teams to be agile in planning and change on...