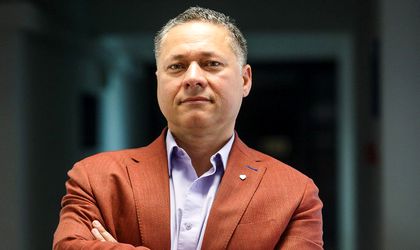 After developing one of the most successful medical businesses in the country, MedLife, the firm’s CEO Mihai Marcu plans to invest as a business angel in Romanian start-ups. He firmly believes that the local economy has a unique potential that attracts foreign private equity funds.

He says he has already started talks with three young entrepreneurs and is seeking more new businesses. Marcu told Business Review his thoughts on business from an investor’s point of view as well as an entrepreneur’s perspective.

What types of enterprises are you interested in, as a business angel?

There are several initiatives in Romania involving larger or smaller investment funds, but not necessarily for small businesses. They tend to be for the high tech and IT sectors. I believe that a fund that invests in services start-ups, with investments limited to EUR 300,000 – 500,000 per project, which would also encourage banks to contribute, would be welcome for Romania.

I think that the services area brings great added value to the Romanian economy and it is also the sector I am most familiar with. I am not interested in investing in medical services though, because of MedLife. It does not seem ethical and the shareholders would not approve either. The buildings maintenance area, logistics, telecom services, hotels and tourism, the services area involving health, maintenance and gyms is interesting for investments. I stress, not large sums, and also I would be strictly an investor and not on the executive side.

How can these entrepreneurs reach you?

Three entrepreneurs have already done so. I am not a hard to find person. Generally, I answer the phone. Also, I am in talks with several serious Romanian business incubators and I am willing to join as a business angel. Unfortunately, time does not allow me to get very involved. MedLife will still represent 90 percent of my business activity. It is a company that needs the presence of executives.

MedLife is a successful business. What makes you want to keep investing in other fields?

I believe it is natural for businesspeople to invest in other fields, even if in a limited way. Obviously, MedLife represents the success of the family. But I’ve always had other small investments alongside it. I’ve had small real estate investments: in 2004-2005 I built a hotel in Predeal and a small residential project of villas in Mogosoaia, both of which I sold. I am now talking about things that happened ten years ago. I created a company that imports vessels and fishing crafts. Small investments, compared to MedLife, which I do not see myself exiting, not even on the long term. I am planning to invest my own money in several equity funds or start-ups that can bring added value to Romania. I believe there is a very big business potential in our country.

How do you describe this business potential?

Eurostat data shows that Bucharest, Constanta and Galati have witnessed the biggest economic growth in the past few years. Europe has very static regions, in the developed countries, but also very dynamic ones, especially in Eastern Europe. That is why Romania is an attractive destination for private equity funds. Romania had a 7 percent economic increase last year. But, obviously, it was based on consumption, and there were artificial wage increases in the public sector, which will have a kickback effect. It is a vicious circle and will have consequences on pensions the most, but there are also immediate effects like inflation and interest rate increases.

It seems to me that we are swimming against the current. The economic growth is not correlated with the increase in consumption, or with living standards. I believe we need to have better economic education at government level. I believe the members of the executive should enroll in some economics courses. They should understand that GDP isn’t built by politicians, but by businesses. In my opinion, it’s unacceptable to draw up the national budget without conferring with the presidents of the largest companies in your own country, to ask them about their ability to increase salaries, investment plans, etc.

If I were PM I would ask for a monthly audience with the heads of the biggest companies in Romania. I believe it is the only solution: communication between the private sector and government officials. I think that decisions such as investing in infrastructure or establishing new days off and salary increases must be taken after consultation with the business sector.

It is time for politicians to reconnect with the economy.

Are government programs designed to boost small businesses a step in reconnecting with the economy?

Government programs designed to boost small businesses (SMEs) are welcome, in my view. On the other hand, I don’t believe in state intervention in the economy. I think that the state should only be a supervisor. The economy regulates itself. Let me give you an example. In the UK, a few years ago, there was a program called Start Up Britain, which consisted only of a huge information and support campaign for people to open a business, without providing any funds. The future entrepreneurs turned to the three Fs – family, friends and fools. Thousands of companies were set up, and out of those, after a few years over 30,000 were still running. And the average investment in such an initiative was GBP 7,000. It is clear proof that one doesn’t need to invest huge amounts to start a business.

How would you describe the Romanian entrepreneur?

Eurostat published some data that show that Romanians are the most motivated among Europeans to start their own business, three times more than a Finn, for example. But fear of failure is very big and this needs to change. If in the US somebody starts a business and fails, it is not a tragedy – on the contrary. Where is the failure? In trying?

We have to take a different approach to failure. A small entrepreneur must understand that his or her business is very likely to fail. In Silicon Valley this concept is considered normal. You can’t really imagine that every Tom, Dick or Harry ends up being a Bill Gates. Some 80 percent of new companies fail. I have a friend who invests in start-ups in Silicon Valley and says that out of ten, two might be successful.

I believe this is what young people should understand. That it is not a tragedy to fail and to start over, even after a failure. We have bright young people, especially in the IT sector, who should definitely give it a try.

As a business angel, how do you discover the bright sparks? For example, would you have invested in UiPath a few years back?

Probably not. A few years ago I was extremely focused on MedLife. You shouldn’t assume I have a gift for discovering emerging businesses. I’ve even had businesses that failed. In a start-up you have different behavior than with a mature business. In a company such as MedLife you do not allow yourself to stay foolish. You have some investors and you are listed on the stock exchange.

When it comes to start-ups, as I previously said, you’ll invest in 20 and maybe there will be two that meet success. In Silicon Valley, 100 new companies are started every day. As an investor, I think we’re talking a lot about a lottery here and luck. I don’t think investors can be so visionary as to anticipate when a new company will revolutionize the world and that they need to invest in it. There are many projects in the medical field, new devices that work wonders. There are plenty of good ideas in all sectors. But let’s not forget that we live in a time when large, gigantic companies can just disappear. There are many companies in all fields that have gone from agony to ecstasy.

We are witnessing a revolution in which economic climate changes will be huge. We don’t yet understand the situation our children will face economically and in terms of the workforce. They will live in a partially virtual world. In spite of the uncertainties, companies of a certain size can be responsible and enforce a certain discipline in response to these aspects.

And I repeat: Romania has a unique chance. If we manage to get rid of the stigma of corruption and to regain our pride, our country can embark on a train it’s never been on before and it can become the real economic tiger of the Balkans. I’m talking about creativity, productivity, and the natural features of our country. Romanians are beautiful, they are extremely intelligent and creative and we can lead good lives here. Let’s not forget that the economic phenomenon leads to progress. Economic progress will be followed by cultural, national, artistic progress.

How is failure translated into your business experience?

I have had failures. My investment structure isn’t to put all my eggs in one basket. I’ve made some bold moves, but they were not that risky. I’ve invested in the boat industry, but I bought the real estate where business was being done. The real estate investment ended up being successful, but the businesses established at those properties are also as successful. At one point, I was face to face with several entrepreneurs and executives from big companies, and one journalist noticed that I was more of a risk avoider than an executive. This is also because I have the experience of working in a bank. That’s where I cultivated my risk appetite.

What’s next for MedLife?

We’ve considered expanding abroad and we’re particularly interested in Hungary and Serbia. I’ve made some visits there with my team. Nothing is set in stone yet, but there are a few things we liked. We want to wait for an opportunity and to study the cultural barriers. We haven’t decided whether we’ll enter these markets organically or through acquisitions. It is clear, however, that we can’t cross the border without a partner. There are big differences between us, in terms of health systems, health services consumers and insurance markets. It may take place this year; we’re serious about it. It’s not yet a certainty, but we’re heading towards a finish line at the moment. In this country, there aren’t any significant investment plans on our radar for now, but we have major resources set aside for that. There are some due diligence procedures in the works, but they’re small transactions compared to the acquisition of Polisano.