Study: 86 percent of 2017’s Initial Coin Offerings of 2017 are below their quotation price 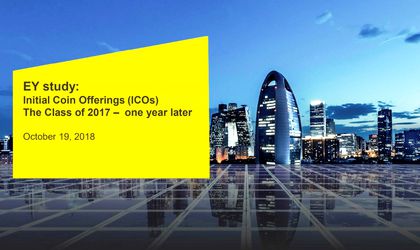 Bitcoin is not having a good year, and this also true for the Initial Coin Offerings (ICO) that took place last year. According to a recent global study by EY, Initial Coin Offerings: The Class of 2017 – one year later, which examined the progress of ICO’s and their investment revenues, things do not seem to look as good as expected in last winter’s investor frenzy.

In the first half of 2018, 86 percent of the main initial bids (ICOs) that were quoted on a Cryptocoin Exchange in 2017 were below their initial quotation price and a portfolio of these ICOs dropped 66 percent since the market peak earlier this year. Moreover, 30 percent of them have substantially lost their value.

The study found that the lack of a substantiated assessment and a due diligence process by potential investors led to extreme volatility in ICO performance, which continues to be a problem. The study also found that ICOs claimed they raised more than USD 15 billion in 2018, compared with USD 4.1 billion in 2017.

However, EY found that only 29 percent (25) of the 2017 ICO projects that EY evaluated resulted in prototypes or work products – an increase of only 13 percent since December 2017. The remaining 71 percent have made no offers on the market.

The study also examined the 25 companies that have developed work products. Of the 25, seven accept payment in the current currency (“fiat”) as well as ICO coins for their product offerings. As a result, customers can make direct purchases without buying the coins issued in the ICO process, thus avoiding the coin-holders community and lowering the value of ICO coins. In at least one case, an ICO company has abandoned ICO investors by not accepting their coins (de-tokenization). 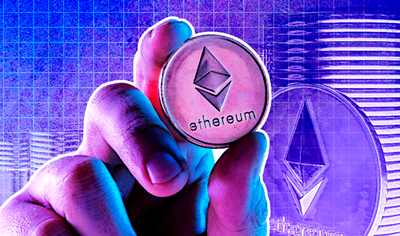 Ethereum is the dominant platform and has the biggest activity among developers and social media. Although new platforms appear on a regular basis, there is no sign that the new ICO infrastructure projects have had any success in reducing Ethereum’s dominance as the main platform in the field.

The study concludes that, in view of these developments, the level of benefits does not seem to justify the risks taken on this market, and the gains can only be achieved thorugh exceptional luck or a visionary portfolio strategy. The due diligence and risk awareness process is therefore more important than ever.

In Romania, we cannot say that things are in any way different. After the effervescence that swept investors early this year, the field slowly slipped into a cone of shadow. The authorities have not rushed to regulate or prohibit the phenomenon, awaiting a decision at the European Union level (still to be expected).

In addition, from the fiscal point of view, the cryptocoins issue appears to be completely ignored, as the authorities are not interested in providing solutions to those involved in such operations. For now, things seem frozen. Investors who have bet on the field from the outset and now stand on potentially significant gains do not have the courage to go to the authorities and ask for clarification. On the other hand, taxpayers cannot claim tax on these earnings, as long as cryptocoins are not tangible in real money to be transferred to taxpayers’ accounts (natural or legal persons).

Those who learned about the field later are also undecided. To the extent that things do not seem at all transparent, the risks are very high, and the ghost of the Caritas phenomenon over the last two decades is still haunting.

We’re therefore waiting for the blockchain technology behind this field to demonstrate its huge potential. Only then will we be able to say that a new era of economics is beginning to be dominated by cryptocoins.