Modex CEO: “Mainstream adoption of blockchain is inevitable, will be customer-driven” 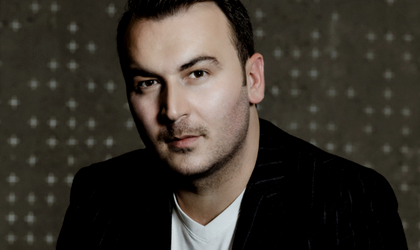 Launched last year, Modex, a Bucharest-based blockchain startup with footholds in London, Hong Kong and, starting this month, that highly coveted presence in Silicon Valley, brings to the tech scene an inclusive business model that supports its mission to enable decentralized creativity in the blockchain space. To find out more about the solutions and tools it offers clients and developers, BR spoke to Modex founder & CEO Mihai Ivascu.

Modex was founded by Ivascu in March 2018 as a spinoff of the UK-based M3Holdings Group, owner of MoneyMailMe, a fintech startup the entrepreneur successfully launched in 2015. With a 60-strong Bucharest-based team, the startup built on the advantage of having international exposure from the outset and quickly attracted USD 10 mln in funding. “We launched the alpha version of the Modex ecosystem in mid-March last year, then followed it with the beta launch in September. Since then, we have been implementing constructive feedback from the developer community into the lineup of products,” says Ivascu. Riding a wave of momentum, the startup has entered what Ivascu calls an “accelerated growth mode,” which saw Modex earn a roster of international clients, expand its reach across the developer community via its Smart Contract Marketplace and Modex Blockchain Academy, and reach a USD 100 mln valuation.

Blockchain’s mainstream adoption will be customer-driven

Modex counts among its clients international companies from sectors as varied as security, oil and gas, food and healthcare. “Our clients include one of the largest healthcare companies in Canada, for which we developed an app for the North American markets. The app, which took six months to develop, helps patients manage appointments with medical providers and keep track of medications, X-rays and lab results. It also allows healthcare providers to maintain constant communication with patients and review treatment,” the entrepreneur says. “To develop it we used hyper ledger blockchain technology, more specifically Sawtooth. It is a good use case for hyper ledger because this way the patient is the actual owner of the healthcare data in the app and has the confidence that the data is true and has not been tampered with. The immutable log trail that blockchain technology creates can provide all the information needed for the user concerned with the validity of the data,” Ivascu explains.

He adds that blockchain solutions will integrate seamlessly into the existing programming language used by a company’s core IT systems, without the need for reinventing or creating a new system. “They will be easily embedded,” he says. “Mainstream adoption is inevitable and will be customer-driven. Customers will demand more transparency and accountability, and will ask companies to provide them with access to their data in real time, driving them to look for solutions.” In the overall ecosystem, Ivascu argues, blockchain startups that offer a made-to-measure approach including both functionality and implementation solutions will always have an edge over the large providers of blockchain solutions. “We offer customized solutions that take into account both the clients’ business model and the specific problem they want to solve. We can do that by developing a product of blockchain as a service after consulting with the client. Unlike large companies, such as IBM, which offer raw tools, the foundation layer that represents only the basis of the solutions, we take charge of the execution and implementation of the blockchain solution for companies of all sizes,” he tells BR.

By design, Modex positions itself as a technology empowerment platform that promotes wide access to tools for blockchain developers as well as access to a marketplace where they can monetize their skills. “We strongly believe that, in order for innovation to happen, one must have exposure to learning opportunities. That is why, via our Modex Blockchain Academy we offer tools and access to information and training modules, enabling decentralized creativity in the blockchain space,” the entrepreneur explains. Adding to that, the Modex Blockchain Marketplace, a decentralized application marketplace (DApps), connects developers with potential clients, as well as the opportunity to bid to develop solutions for companies and vie for bounties. Next, the Modex CEO has expansion in sight. “We set February 8 as the date of the global launch of the final Modex Blockchain Unified Developer Ecosystem, which will take place in Silicon Valley, at Stanford University.