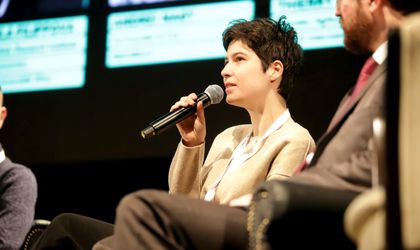 There are three main problems with adopting blockchain and AI on a large scale, according to Evgeniia Filippova, Senior Scientist at the Research Institute for Cryptoeconomics, WU (Wirtschaftsuniversität Wien), who talked to us at MindChain and shared her views on how these new technologies will impact all existing industries.

“We will see an impact in every industry that uses a lot of data. But to be more accurate, I can name 3 major industries: cybersecurity, healthcare and probably the predictive market, although I am not that sure about the last one because I do not know where the cryptocurrency market is going,” says Filipova.

BR: What is the problem in adopting these technologies?

There’s a problem of trust with blockchain because it is a new technology, officially it’s only 10 years old, so it is in a very early stage. Currently blockchain has a lot of problems that keeps large enterprises from adopting it, like the fact that it is not very scalable. For example, Visa can do over 500,000 transaction per second, while Ethereum does only 10,000 to 12,000. So it is not possible to make all the payments in the blockchain right now even if it is more decentralized.

Another problem are consensus algorithms. What we have in practice is the mining, the proof of work, and we have the proof of state which also has problems. One is that that it needs a huge amount of power to work and large enterprises will never adopt it. But I think that technological issues will be overcome, because there are a lot of money at stake and a lot of development efforts. We saw the same thing with the Internet. 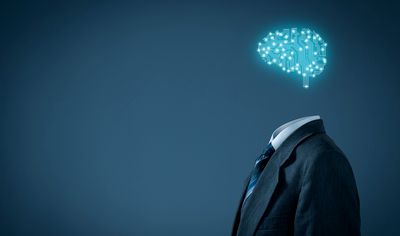 On the other side there is the regulatory environment. We deal with a large amount of data and with entities that are located in different places around the world where there are different regulations. Healthcare can be disruptive, but the privacy of the data is a big issue. The blockchain has some of the algorithms that can ensure the privacy of the data, but it is still not there yet.

The third part of the problem with the adoption is that the new technologies are disrupting the existing business models. And, of course, big enterprises will not be disrupted so easy. But the business model is changing because it cannot stop the technology.

Speaking locally, about Europe, I see quite a lack of talent, of people who can actually program. I was in Silicon Valley last year and they have all the talent there, they all working on artificial intelligence, many of them work on blockchain, and it is this kind of talent that we don’t see in Europe.

On the other side we have a lot of initiatives on blockchain in Europe. In Austria we have this research cluster that is huge and it connects the private enterprises and academic partners. Europe has already missed the Internet and the communication technology and the AI, but with blockchain we can try to set the tone for the future.

In the long-term, what are we going to see?

Well, we already have AI and blockchain in many places, we just don’t see it. And we will see it everywhere; I don’t know when that is supposed to happen. What we need are good cases of how the technology can replace the existing solutions in a meaningful way. But the technology is there and it might adopted on a large scale earlier than we expected.