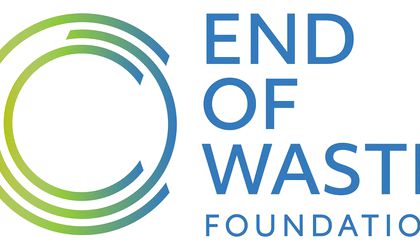 The End of Waste Foundation (EOW), a California-based startup, is set to launch a software platform with blockchain technology that will track material from haulers to MRFs to processors to manufacturers. This will result in a certificate verifying tonnage, path to recycling and greenhouse gas emissions offset once the loop is complete.

Certificates are valued at USD 70 per ton and can be purchased or partially funded by generators and others in the value chain. Up to USD 35 per ton will get shared among each entity involved – from haulers to manufacturers. A minimum of USD 20 will be dedicated to R&D. The remainder stays with EOW as a management fee.

EOW’s first official industry partner is Colorado-based Momentum Recycling. Paul Dolan Vineyards and others have also signed on. The foundation projects it can help achieve a 75 percent glass container recycling rate in the US by 2030 if the concept is successful.

Glass was an easy first choice given the narrative that it isn’t worth recycling in many parts of the US due to a lack of regional end markets. Still, more than doubling the current glass container recycling rate of 33 percent within the next decade will require significant investments. EOW has been attending conferences and pitching its concept to help make that happen.

The startup says that offering this new path is an opportunity to tap into the current sense of unaccountability and frustration in the recycling system. Some would point to extended producer responsibility (EPR) as the logical answer, but the US recycling industry and many manufacturers have traditionally opposed such regulations. EOW’s “distributed shared responsibility” model aims to solve that by spreading accountability across the entire lifecycle of a product – from creation to consumption to recycling. 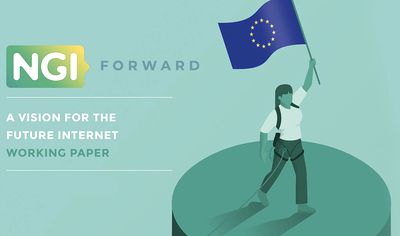 Read more about
The Internet needs to become greener and more resilient to shocks like COVID-19, in Europe by 2030
read more

“In the system the producer is not alone, and should not be alone,” CEO Ionut Georgescu, who spent several years as the waste management director in Romania’s Environment Ministry and worked closely with EPR systems, told Waste Dive in a recent interview. “The system is not two-dimensional. It’s multi-dimensional.”

New funding for education and infrastructure to keep more material from going to disposal is seen as the best possible solution to get to better results in recycling. That could include non-curbside collection models in order to capture material more cost-effectively.

“For me diversion from landfill is not export to another landfill, it’s about reusing the materials and really creating a circular economy,” said Georgescu, calling his system “100 percent transparent.”

The weight and processing logistics of glass make its recycling less likely when buyers aren’t within a reasonable distance. This has led municipalities in many parts of the US to cut glass from their curbside programs – especially as overall recycling costs rise due to market issues for other commodities.

After glass, EOW aims to tackle plastic and food waste as soon as next year.