Telecom operators Orange and Vodafone have been fined RON 180,000 for incorrect application of the European regulation “Roam like at home”, announces the National Authority for Administration and Regulation in Communications (ANCOM).

In the case of Vodafone, the Authority’s reasoning refers to the fact that the operator has not notified users that it has changed the contractual clauses (i.e. the General Terms and Conditions for the use of prepaid services) regarding the conditions under which the roaming service is provided. Thus, the company was sanctioned with a fine of RON 30,000, the operator remedying the problems identified before the 90-day term.

In addition, Orange and Vodafone were penalized with a fine of RON 50,000 for not introducing reasonable usage policy into contracts concluded with mobile subscription-based mobile service users. Also, Vodafone received a fine of RON 50,000 for the absence of the reasonable usage policy in the General Terms and Conditions for the use of prepaid cards.

According to ANCOM, since the entry into force of the “Roam like at home” regulation, up to now, almost 300 complaints have been received from the Romanian electronic communications users about its application. Out of this total, about 100 concerned the lack of information on the introduction of reasonable use policy in user contracts, 90 related to the application of the Roam like at home reasonable usage policy, and 57 of these aimed to market offers without roaming included. 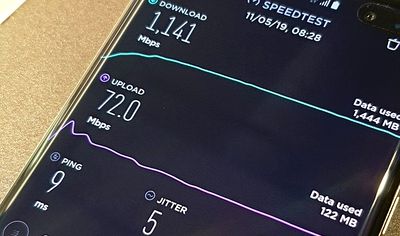 ANCOM states that telephone operators are obliged to apply the provisions of the European Roam like at home regulation, which states that the minutes, SMSs and data used in roaming within the European Economic Area (the European Union, Iceland, Liechtenstein and Norway) are deducted from the national resources included. Once they are exhausted, consumption will be priced as in Romania, outside of their own network, but within the limits of reasonable use.

On the other hand, the current European regulations do not prohibit operators from offering tariff plans (subscriptions / prepaid cards / extra options) without access to roaming. These tariff plans are for users who do not want to use mobile phone services when traveling outside of Romania, preferring to benefit from national resources at advantageous prices.

Under the current European regulations, to prevent abuses, there are clearly established limits for reasonable use of data services, which may be higher or lower than the national traffic included in the subscription / (extra) option, depending on its price . In this respect, operators are obliged to inform users of electronic communications services about applicable reasonable usage policies, data roaming data limitations or contract changes by introducing new conditions for the provision of services.

Telekom Romania’s sale, more complicated than it seems; no official information on talks...