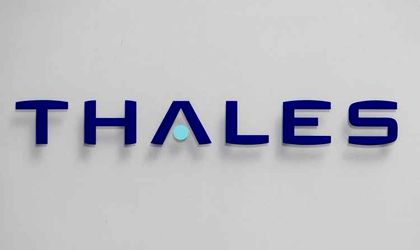 French software company Thales has inaugurated a center of excellence in engineering in Bucharest, where more than 750 engineers will be hired over the next three years, said Silviu Agapi, the CEO of Thales Romania. The company now has over 250 engineers employed.

“Thales already has a solid presence in Romania as a partner of the Romanian Armed Forces for more than 40 years and with industrial operations established here since 2007. The group has invested heavily in equipment and equipment for the development of the center of engineering excellence, and in professional training and transfer of expertise,” said Agapi.

According to Agapi, the center in Bucharest will be a strategic component of the Thales Group, with complex projects and career opportunities in all areas of activity, such as land, aeronautics, defense, security and space.

“The software engineers and specialists Thales will hire in Romania will provide the best and most innovative digital solutions for our customers around the world,” added Agapi.

The company already operates in Bucharest a signposting competence center on railways with more than 250 hired software engineers.

Attending the event, Defense Minister Gabriel Les showed that Thales is an important partner of the Romanian Army.

“We have to point out that the investment inaugurated today is not just a beautiful moment that illustrates the cooperation between Romania and France or the opening of an impressive office but it is very important for the development of a new field for the future at the intersection of research and operational applicability,” said the minister.

He reminded that Romania has allocated 2 percent of GDP to the defense sector.

“We have repeatedly said that we want to see new investments based on this ambitious program that will help to improve our defense capabilities and the development of the national defense industry. Romania is ready to receive those companies that want to contribute to the development local industry,” said Les.