More industries in Romania embracing digitalization, but many companies lack the knowledge needed for its implementation 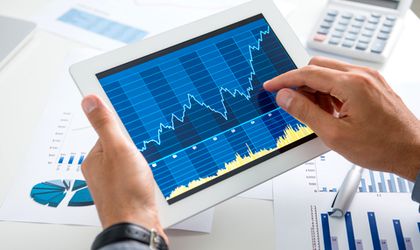 According to the European Commission, Romania is on the last place in the EU when it comes to its companies’ degree of digitalization. The “Digitalization barometer of Romanian companies” study by training and consulting company Valoria shows that some areas in the Romanian business environment are strongly influenced by digitalization, while others are lagging behind.

In 2017, the companies most influenced by digitalization were those in research and development (100 percent), IT and media & advertising (80 percent), and those in financial-banking services (75 percent). The least digitalized industries were constructions/real estate, food/agriculture and transport.

In 2017, the industries that made a top management leader responsible for the digital development of the business were: research and development (83 percent of companies), utilities and energy (50 percent), pharmaceutical and healthcare (50 percent), retail and wholesale trade (44 percent). The industries that are on the last places on this subject are: constructions and real estate (83 percent didn’t assign this task to someone in top management), production (72 percent) and services other than financial-banking services (57 percent).

In the 2018 study, the industries that made a top management leader responsible for digitalization are: tourism (61 percent of companies), IT (61 percent), media and advertising (56 percent), financial-banking services (55 percent). On the other hand, companies with the least top management leaders assigned to this task were in: constructions and real estate (81 percent didn’t assign this task to someone in top management), agriculture and food (79 percent) and transport (77 percent).

Unfortunately, most companies don’t have the necessary expertise at top management level to develop a digital business model. In 2017, 75 percent of the financial-banking companies did not take this step, although this industry is one of the most impacted by digitalization, 71 percent of the business services companies were in the same situation, and so were 60 percent of those in media and advertising and 50 percent of companies in energy and utilities.

In 2018, 52 percent of companies in constructions and real estate, 50 percent of those in tourism, 46 percent in trade and 46 percent in financial-banking services said that they did not have enough expertise in top management in order to evaluate and develop a digital business model. However, all these industries say that they see this type of expertise is a priority for them.