BR Awards Gala 2017: Let’s meet the finalists for the Deal of the Year award | The story of last year’s winner 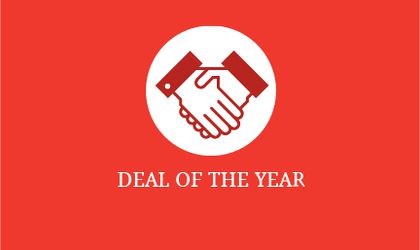 The Deal of the Year category acknowledges the most important business transactions of the previous year, regardless of the transaction type. It recognizes the deal that had the most impact and significance in 2016, in financial terms and in the development of the local economy, or of a particular industry. It looks at novel elements of the respective transaction, and how the deal stands out on the local or regional business scene.

The story of Regina Maria – the winner of the previous edition

Private healthcare chain Regina Maria won in this category after it was taken over by private equity fund Mid Europa Partners.

Last year, Regina Maria continued its expansion strategy and took over several medical centers in the country. In addition, the company acquired Ponderas Hospital in Bucharest and closed a EUR 15 million deal to lease a 7,000 sqm private hospital in Cluj-Napoca.

Regina Maria celebrated 20 years of operations on the local market and launched the first report regarding the health of employees in Romania. At present, the healthcare player has 35 of its own locations, four hospitals, three day care centers, two maternities, eight medical campuses, 11 imagistics centers, 15 test labs, a steam cells bank and over 180 partner polyclinics across the country.

Novelty elements characteristic to the transaction

Noriel (for being acquired by Enterprise Investors)