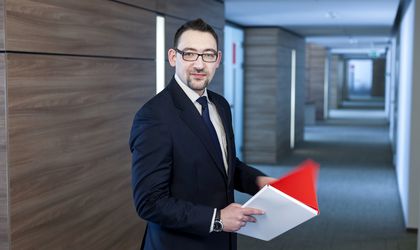 While the removal of the controversial construction tax has been welcomed by the business community, tax specialists warn that the payroll budgets of companies are set to come under increasing pressure after the center-left government led by Sorin Grindeanu removed the cap on social contributions.

This year has also brought a reduction in the general VAT rate by one percentage point to 19 percent and an increase in the gross minimum wage to RON 1,450, alongside the new taxation mechanism for micro-enterprises.

Earlier this year, the president, Klaus Iohannis, signed into law a draft bill that would scrap 102 taxes, eliminating the mandatory public radio-TV tax, the environmental stamp for vehicles and certain fees that previously had to be paid at the National Trade Registry Office (ONRC).

According to Ruxandra Mocanu, lawyer at EY Law | Radu si Asociatii, many of these 102 non-fiscal taxes had relatively small values and did not represent a significant burden for taxpayers, although the overall impact on the state budget could be “considerable”.

After two years, companies in utilities, telecommunications and the oil & gas industry got more wiggle room in the fiscal framework, following the elimination of the special construction tax that applied to infrastructure pieces such as oil pipes, electricity poles and network relays.

“The elimination of the construction tax from 2017 is definitely a much-needed breather and a positive message to top taxpayers in Romania. Still, considering that significant amounts (estimated at RON 4 billion) were collected from this tax from 2014 to 2016, its elimination is expected to put great pressure on the state budget, in conjunction with the other fiscal and budgetary measures adopted at the beginning of this year,” Alexandru Cristea, partner at Tuca Zbarcea & Asociatii Tax, told BR. The initial tax rate of 1.5 percent per year was lowered to 1 percent last year. It was applied on the entry value of assets, so the authorities ignored their depreciation rate.

The sums saved from this area could be used by companies for investments, to train staff or hire new people, suggested Razvan Graure, tax partner at law firm Musat&Asociatii.

High earners to be taxed more

One of the most controversial measures approved by the new government has been the elimination of the threshold for health fund contributions, which will impact primarily top-earning employees.

“On the other hand, the thresholds of health and pension fund contributions have been maintained for independent contractors (such as freelancers or IP owners). In addition, as of 2017, no health fund contribution is due on investment revenues (i.e., dividends and interests). Consequently, in general, a greater tax burden has been placed on wages versus other types of revenues. In the medium term, this may have a boomerang effect, considering the need to strengthen the middle class in Romania,” said Cristea of Tuca Zbarcea & Asociatii.

Owing to the new changes, employees whose monthly gross income exceeds five medium gross wages, which was over RON 15,655 in February 2017, will earn less.

“The impact is even bigger in the case of highly qualified workers, and, in general, for people holding management positions that are employed in Romania or that are affiliated detached in the Romanian social insurance system,” said Inga Tigai, senior manager, income tax and social contributions, at EY Romania.

Companies are also facing a conundrum following the rollout of this tax change: they could step in to partially or fully cover the amount that will be lost or could simply leave gross wages unchanged, which means employers run the risk of losing some of their most valuable people.

Tigai of EY Romania suggested that some employees impacted by this tax change could simply decide to take a job abroad.

In the case of firms with Romanian capital, we might see a migration towards sole traders or limited liability companies (SRL), as employees registered in this way could get a fiscal advantage, says the EY Romania manager.

The Romanian authorities are trying to attract more companies doing research & development (R&D) activities and have enforced a government emergency decision this year through which these firms will get a ten-year profit tax break. The government is hoping that this move will support the creation of more start-ups by young researchers. In the past, authorities have approved tax deductions of 50 percent for the expenditure of companies doing R&D, but it might be a while until Romania becomes a hub for researchers.

“Although in theory, the fiscal regulations in this area are favorable, in practice, in the last few years we have seen a slight reluctance on companies’ part to apply provisions regarding the additional deduction of 50 percent, probably due to a lack of certainty over the approach of tax inspectors in relation to these provisions, and the timeframe for ongoing fiscal inspections,” Graure of Musat&Asociatii told BR.

Romania has been struggling for years to advertise itself as a good destination for the companies of the future doing a lot of R&D and the latest figures from Eurostat, the statistics office of the European Union, show this.

In 2015, R&D expenditure in Romania stood at 0.49 percent of GDP, meaning that the country spent EUR 782 million in this field. Meanwhile, the combined expenditure figure of all EU member states stood at EUR 300 billion. The largest share of R&D expenditure was recorded by the Romanian government sector, at 38 percent – the biggest percentage of all member states.

And Romania might also run into legal problems at European level due to the ten-year profit tax break for companies doing R&D.

“We have to see the way in which the application norms for this facility are published in time for the benefit of firms. The main challenge will be how Romania is able to get the EU’s approval for these facilities, considering that they go under the ‘umbrella’ of state aid,” Camelia Stanciu, senior manager, direct taxes, at EY Romania, told BR.

As for the outlook for the local tax system, Stanciu says that everybody hopes that future changes will not be dramatic and that the government will make sure it has the funds to support any tax cuts.

Already, the European Commission, the executive arm of the European Union, said in its winter forecast report for the economy that the public deficit in Romania could reach 3.6 percent of GDP this year, due to a combination of tax cuts and growing wage bill in the public sector. This came as a cold shower for the government, which forecasts a deficit of less than 3 percent. The government estimated 5.2 percent economic growth this year, while EC experts put it at 4.4 percent.

So, Romanians can’t fully ignore the risk that the government might think of new taxes overnight simply to plug the potential holes in the budget – something that has happened on numerous occasions in the past.