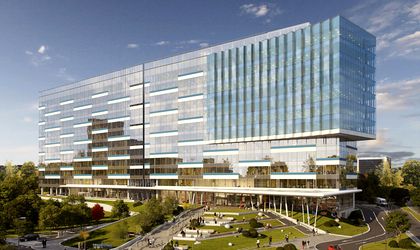 Over recent years, Romania has become one of Central and Eastern Europe’s most attractive regions in which to start operations. According to research by JLL, by the end of 2020 the country is expected to be the second largest economy in CEE and it continues to attract investors from all over the world – not only from Europe, but also South Africa, the USA and China.

In Q1 2019, Romanian GDP grew by 5.1 percent, while it increased by 4.1 percent in 2018 – double the total aggregated result recorded in the Eurozone at the time. A well performing market and the good condition of the economy are also clearly evidenced by investment volumes on the real estate market. According to forecasts, the market investment volume is expected to exceed EUR 1.1 billion by the end of 2019.

“Until recently, investors aiming to diversify their portfolio of assets mainly focused their attention on Warsaw, Prague and Budapest. Of course, these locations are still highly attractive and provide favorable conditions for investing capital; however, we are observing a significant increase in Romania’s investment importance, especially its capital city. Bucharest is the country’s biggest office market where attractive prime yields and relatively low vacancy rates encourage developers to start new projects, with almost 300,000 sqm expected to be delivered in 2019,” said Mike Atwell, JLL head of capital markets Czech Republic and leader director CEE capital markets.

The development of the BPO and SSC & IT sectors has had a significant impact on demand for prime office space in Romania’s capital. Last year, local stock was extended by 148,000 sqm. Developers are continuing to work on expanding their project portfolios, including Skanska, which is introducing a new level of certification to the market – WELL – and also currently has two office developments under construction in Bucharest: Campus and Equilibrium. The quality of these projects has attracted leading international tenants, with Microsoft Romania becoming an anchor tenant, having recently secured around 23,000 sqm in the second and third buildings of the Campus 6 complex.

According to real estate consultancy company Colliers International Romania, there is a favorable perspective for the Romanian real estate market that could be maintained until year-end.

The first half of 2019 saw deliveries of some 185,000 sqm in Bucharest, taking the city’s modern office stock to 2.6 million sqm. This is an increase of over 10 percent compared to last year’s end-June stock, making Bucharest the most dynamic among CEE capitals. The biggest projects were: the new Renault headquarters (47,000 sqm), Business Garden Bucharest (over 41,000 sqm), The Mark and the third phase of Oregon Park (both in the 25,000 sqm area), Timpuri Noi Square C and The Bridge II (both in the 20,000 sqm area). The new buildings had good occupancy rates at delivery (75 to 80 percent on average).

Total demand for modern office buildings stood at 188,000 sqm in Bucharest in the January-June period, the best first semester figure in the post-crisis period. Still, relocations from competitive stock amounted to 86,000 sqm, while net take-up decreased to a reported 49,000 sqm. The vacancy rate inched higher at around 10 percent from 9.5 percent at end-2018 and 9 percent in June 2018, while Romania’s regional submarkets, which saw their take-up nearly double to just under 30,000 sqm, enjoy lower vacancy rates, with Iasi’s virtually non-existent free space and Cluj-Napoca’s below 10 percent.

“The Bucharest office market remains quite lively, with another 150,000 sqm set to come online in the second half of the year and over 230,000 sqm in 2020. We expect vacancies to continue climbing gradually towards 13 percent, though the impact of relocations is delayed as a huge chunk of the deals have been pre-leases, some set to be finalized in 2020-2021,” said Silviu Pop, head of research at Colliers.

Around 300,000 sqm of new modern storage space came online in the first half of 2019. Bucharest accounted for over 40 percent of the total deliveries. Outside the capital, investments continue to be mostly geared towards cities in the region of Transylvania, which accounted for over one third of new I&L spaces. The market continues to be dominated by CTP and WDP, which together made up over half of the supply in recent months, though other players are also growing very fast, notably Globalworth, P3, MLP and Element Industrial. Deliveries could be to the tune of around half a million sqm by year end, taking the grand total to around 4.7 million sqm of modern storage space by year-end. Romania continues to look undersupplied relative to its CEE peers, but a market of 8 million sqm of modern warehouse space by the end of the next decade looks like a safe call.

Market take-up more than doubled in the first semester, to just over 240,000 sqm (versus around 110,000 sqm in H1 2018). A notable transaction saw Pirelli lease 64,000 sqm at a WDP facility in Slatina in one of the biggest deals in recent years. This helped cement a strong lead for automotive as a driver of demand, accounting for 52 percent of the reported take-up in the first semester. 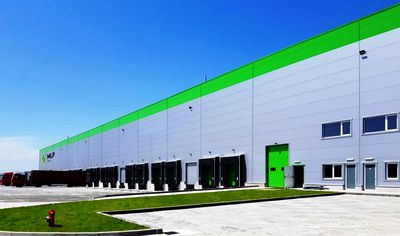 Also, according to Dunwell data, in the first half of 2019, from all industrial spaces traded more than 125,000 sqm was contracted through agencies, the rest within direct deals made by developers with tenants. Approximately 50 percent of the total surface transacted in H1 2019 was in locations near Bucharest, 70 percent of the deals being done by agencies. Other highly transacted cities are Timisoara and Ploiesti.

For 2019, Dunwell estimates the traded volume to be similar to 2018 and to reach 500,000 sqm, either through agencies, directly with developers or both.

When it comes to new industrial space deliveries, the total in modern projects exceeded the 4 million sqm threshold in H1 2019, while the potential for new developments announced for this year is around 750,000 sqm across the country.

“There is high interest in eastern Romania and new, less popular locations, in Bucharest, such as the north-east of the city, near the A3 highway entrance (Bucharest – Ploiesti).  We also see high demand for inner city logistics projects, known for their ‘last-mile delivery’ services, where products can reach their destination much faster, areas such as Preciziei, Pipera, Theodor Pallady and Berceni being the perfect location for such investments. The high interest and demand in these areas came with the investments in infrastructure, which made investors secure land plots for future developments and created huge opportunities in the market. Moreover, secondary cities, like Roman, Bacau, Iasi, Craiova and Constanta, are at the forefront when it comes to new investments,” said Daniel Cautis, managing partner at Dunwell.

Cluj County has become a landmark in the region in terms of economic and real estate development. Recently, investors’ interest has also extended to nearby cities, within a radius of about 50 kilometers, according to real estate consultancy CBRE Romania. A 26-hectare plot, classified as an industrial park, has been put up for sale in Ocna Mures, and CBRE has obtained an exclusive mandate to develop the retail and industrial area.

The land is located in the north of Ocna Mures, near residential district Malinului, on the site of the former soda factory in Ocna Mures, Alba county. In close proximity to the site, the latest salt bath treatment facility is also being built and will be completed by next year. Additionally, a recreational area is scheduled to be established nearby.

“The future project in Ocna Mures is an investment-competitive alternative to cities such as Turda, Cluj-Napoca and Targu Mures, considering its location, only 8 km from the A10 motorway junction and about 50 km from Cluj-Napoca, as well as the existing infrastructure and utilities available,” said Valentin Popescu, senior consultant within the land development department of CBRE Romania.

The plot comprises a total area of 26 ha, for some of which CBRE Romania is negotiating with several food operators, since modern retail in Ocna Mures is currently poorly developed.

CBRE assigned to manage the real estate projects One Tower and One Mircea...