Rompetrol Rafinare shares have been suspended from trading on the Bucharest Stock Exchange (BVB) due to an ongoing investigation that could include the seizure of Petromidia refinery, according to judicial sources quoted by Agerpres.

The inquiry, which covers how Rompetrol was privatized, has an estimated damage of RON 3 billion (some EUR 670 million), which the seizure is meant to cover. The sequester would be established on fixed assets from Petromidia, shares and bank accounts of some individuals.

According to the BVB Code, the stock exchange can decide the suspension of trading of a company’s shares, “in order to maintain an orderly market and ensure equal access to information necessary for the decision to invest.”

The last trading price per share for Rompetrol Rafinare was RON 0.0470. This year the share price of the company fell by 4.47 percent RRC. 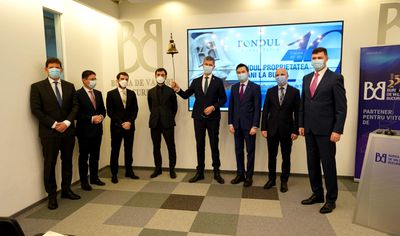 Rompetrol Rafinare posted a net consolidated result amounting to USD 62 million in 2015, while the gross consolidated turnover dropped by 32 percent, reaching USD 3.8 billion. The drop was owed to the significant decrease of the international quotation of the oil products, although the Petromidia and Vega refineries turned a profit for the first time in 11 years.