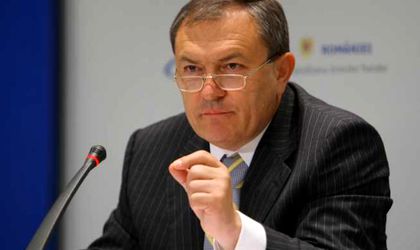 The stake of the Romanian state in the sovereign development fund will reach RON 40 billion, almost double than the social capital of Fondul Proprietatea’s IPO, said this Tuesday Mircea Ursache, vice-president of the Financial Surveillance Authority (ASF) in a conference.

„Not only the political and economic environment, the investors, we who all manage the capital market suffer from this behavior. Is the development sovereign fund sufficiently debated? Was one of the greatest barriers from capital market easily abandoned? Is it normal to still hold in the first section of central deposit millions of coupons owners with a market value of EUR 230 million that will result in a stock exchange liquidity? Is it normal not to have a gurantee fund to protect the investors that the entire market can participate to? These are still the themes still overlooked,” said Ursache.

In this context, he showed that the sovereign development fund is a solution for investors taking into account that Romania doesn’t have products to offer.

“Where are those who belong to the group of emerging markets investors investing? We don’t have products to offer. The state’s holdings that would go into the sovereign fund, so these companies, must all be listed. Setting up the sovereign fund should also solve the listing of Hidroelectrica, Airports Bucharest and Constanta Port. Here we are talking about a huge figure. All state holdings that would go into the sovereign fund would reach RON 40 billion, so about EUR 9 billion, almost double the capital of the Fondul Proprietatea when it was listed. Could we postpone the matter until the end of the year given that the need for financing is so high? “, the ASF official has added.

Economy Minister Alexandru Petrescu, announced on February 9, 2017 that the government decided to adopt a memorandum on the establishment of the Sovereign Development and Investment Fund.

“We have adopted today a memorandum, in line with the government’s program for the 2017 – 2020 period, targeting the creation of new public investment instruments. The creation of a sovereign investment fund is a measure of economic stimulus, a financing instrument for investments in competitive, profitable and sustainable sectors, that would have a multiplier effect in the economy and that would attract capital from sources in the financial market, “said Petrescu at that time.