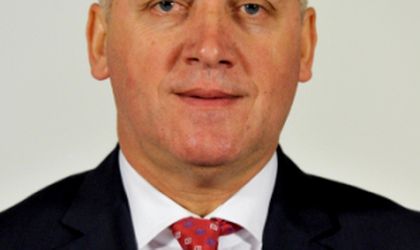 Romanian Defence Minister Adrian Tutuianu has stepped down on Tuesday over poor communication regarding the wages of military staff. PM Tudose appointed Marcel Ciolacu as interim Defence Minister and is awaiting approval from president Klaus Iohannis.

“I submitted my resignation, next the prime minister will assess it,” Defence Minister Tutuianu told broadcaster Antena 3 on Tuesday.

“I accepted his resignation. I spoke to [Social Democratic Party] chairman Dragnea, I spoke to president Klaus Iohannis and I sent the documents to Cotroceni with the interim proposal – deputy PM Marcel Ciolacu,” Tudose said.

The PM said he holds Tutuianu accountable for the ‘situation’ created. “There is money for wages, there is money for the army, there are the 2 percent of the budget at the Ministry of Defense and we are all talking about whether or not we have money to pay the army,” Tudose said. According to him, none of the state structures has an issue with paying salaries.

“I have admitted to the prime minister that I also made a mistake in communicating with him, because I did not inform him in due time of this situation, and secondly that I did not communicate today with the press (…) due to my schedule, not for other reasons. (…) I told him that if this is a solution that fixes things, I take it on because I’m a serious man. He told me the assessment is up to him,” Tutuianu said upon submitting his resignation.