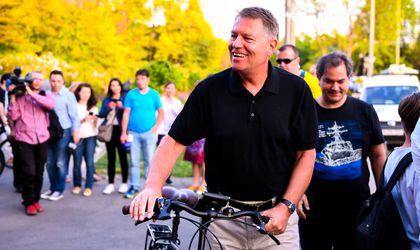 President Klaus Iohannis says he will attempt to mediate the conflict between government representatives and officials of the National Bank of Romania (BNR).

The head of state also said it was “wrong” to accuse foreign companies of contributing to the increase in the inflation rate.

Romania’s inflation rate jumped to 5 percent in March, the highest level since June 2013. The head of the ruling party PSD, Liviu Dragnea, had accused foreign companies of increasing the prices of their products once the wages of Romanians started to go up.

“The questionable fiscal policies of the PSD government generated anxieties in the market and led to the increase of the inflation and interest rates. The issue can be solved, but through a responsible approach and sustainable government policies,” said Iohannis.

The president said he sensed what was “close to animosity” between the central bank and the government, so this was the reason why he decided to host a mediation meeting.

Earlier this year, Dragnea asked the central bank governor Mugur Isarescu, to explain why Romania’s inflation rate started to go up. In late March, the PSD head said that Isarescu provided answers in a letter. Dragnea didn’t mention any of the information included in the document.