Industrial producer prices in Romania up by 0.7 pct in June 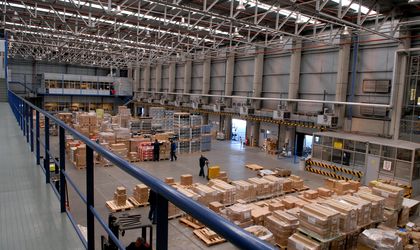 Industrial producers prices grew by 0.7 pct in June compared with May and the decrease rate reached -2.3 percent from -2.8 percent in May, according to the National Institute of Statistics (INS).

The biggest price increases were registered in June at the carbonization plant products fabrication and the products obtained from the crude oil refinement, with an increase of 8.2 percent and in the metallurgic industry (3.2 percent).

On the other hand, the prices decreased by 0.9 percent for the electric equipment fabrication and extraction sectors in June compared with May.

During June 2015- June 2016, the biggest  price decreases were registered in the carbonization plant products fabrication and the products obtained from the crude oil refinement, of 23.6 percent and in chemicals substances fabrication (11.4 percent), while the biggest price increases were extraction services (6.4 percent) and in computers and cars production (4 percent).