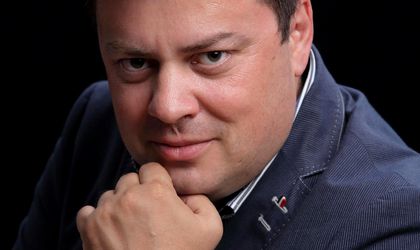 After co-founding his startup in late 2013, with a plan to compete with tech giants of the likes of Apple and Samsung in the growing smartwatch market, Andrei Pitis and his two Vector Watch co-founders sold the business to American wearables maker FitBit, writing history for the local startup scene in the process.

Pitis went into the smartwatch market, which was still in its infancy, with a product that differentiated itself from its competitors through its 30-day battery and the powerful software under the hood of the devices.

On his way, he was supported by serial entrepreneurs and financiers Radu Georgescu, of Gecad Ventures, and Marius Ghenea, of 3TS Capital Partners. Georgescu was the first to have provided seed financing of EUR 500,000 to Vector Watch in 2014, when the startup was working to roll out its first range of watches.

“To predict the future I am looking at what children are doing right now. (…) Most of the kids that are connected now will not want an unconnected watch when growing up,” said Pitis last year, speaking at a Business Review event.

Since its launch, Vector Watch has been able to raise USD 12 million in three financing rounds as it started selling smartwatches around the world. Pitis attracted veterans from the watch industry to his startup, including Joe Santana, the former CEO of iconic watch brand Timex, and Steve Jarvis, the former creative lead on projects with Timex and the Nike FuelBand, as design director. COO Ron Spencer was the former COO of Bulova, Fossil, according to TechCrunch.com.

Fitbit’s plans in the smartwatch business

This year, Pitis returned to Romania’s tech scene as the vice-president of engineering and head of the Bucharest office of Fitbit. The NASDAQ-listed company is planning to open a research & development (R&D) facility in Romania, aiming to tap the local IT pool, in which there is fierce competition for talent.

Going forward, we should expect Pitis to remain one of the key figures of the local IT sector, which could reach EUR 4 billion in value this year. And the local startup scene is also set to benefit, as Pitis is among the few entrepreneurs to have attracted a Silicon Valley-based buyer of Romanian technology. 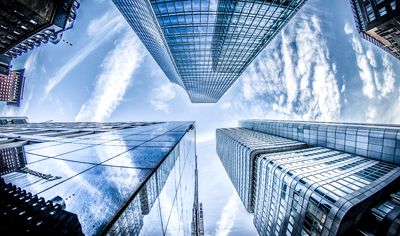 For FitBit, the acquisition of Vector Watch was announced two months after the American wearables maker moved to take over Pebble, a pioneer in the smartwatch business.

According to the Financial Times, FitBit’s acquisitions could mean that the company is looking to build its capabilities to take on Apple in the general-purpose smartwatch category.

Meanwhile, FitBit has announced that it will cut 6 percent of its global workforce due to falling sales of its fitness trackers during the holidays. The company said that revenues for the fourth quarter would be more than a fifth lower than it had previously expected, in the range of USD 572 million – USD 580 million, suggesting a year-on-year decline of at least 18 per cent.

As for the smartwatch market, the International Data Corporation (IDC) announced that shipments declined by 51.6 percent in the third quarter of 2016 year-on-year to 2.7 million units. In this period, Apple had a market share of 41.3 percent, followed by Garmin and Samsung with 20.5 percent and 14.4 percent, respectively.

Vector Watch was incorporated in the UK in 2014, the same year that it launched its first range of watches. Its CTO and co-founder was Andrei Pitis, currently the head of the Bucharest office of FitBit, the American wearables maker that took over Vector last year.

Venture funds and angel investors to look out for in 2020