BPO trends: How is the Romanian market changing 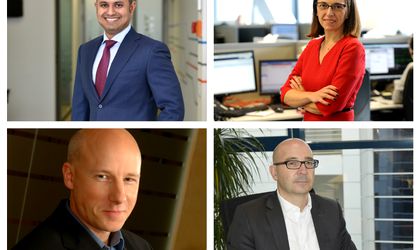 With a well-grounded tradition in BPO services, Romania was ranked fourth in the 2015 BPO and Shared Service Location Index published by Cushman & Wakefield. BR talked to some of the major players in this industry about what has changed since they started their activity in Romania, in terms of the services required by clients of BPO centers, teams and recruitment processes, the evolution of the business climate and the priorities of their business.

“We all have the tendency to compare Poland and Romania when it comes to the BPO and SSC market, but we must take into account that Poland entered this market before Romania, ten years ago. Considering the studies carried out by various organizations, as well as the trends across universities, we have discovered that the labor force has potential on the Romanian BPO market. Romania benefits from good language skills and a high education level in young people. In spite of all this, employers are investing in programs that are increasing the employment chances in this industry,” Shibu Nambiar, COO Genpact Europe, Latin America & Africa, tells BR.

Genpact entered the Romanian market in 2005. It started with three customers and approximately 80 employees. “At the moment, we have a portfolio of over 50 customers in Europe and more than 4,500 employees,” Nambiar adds.

The company has focused a great deal on expanding the team to match its operational necessities. “Over the past two years, we have hired approximately 1,500 people each year, 70 percent of whom were actively recruited. The Bucharest office is the largest in Europe, with over 2,100 employees, because the most complex operations are delivered from Romania,” says Nambiar.

According to data from the risco.ro website, Genpact’s turnover in Romania totaled EUR 91 million, with a net profit of EUR 9.96 million and a net profit margin of 10.9 percent.

“Our targets include the growth of the business and operations as well as moving our office to a new building and launching a new internal platform dedicated to our employees. We expect to expand the Romanian team to 5,000 employees. At global levels, we plan to grow by 16-17 percent,” Nambiar tells BR.

BPO players canvassed by BR all agreed that BPO services have evolved and specialized a great deal since the initial moment when they entered the market.

“In the past 24 months, we have seen a gradual change of BPO needs in Europe, with increased demand for global shared services centers (GBSC) instead of just shared service centers. The portfolio of services at GBSC includes finance, procurement, HR, accounts payable and receivable among other services. Most GBSC are in Eastern European countries, where Romania plays a key role in this market,” Andreea Stanescu, vice-president of Stefanini EMEA Delivery, tells BR.

At the moment, Stefanini has more than 2,000 employees in BPO activities, 200 of these working from Romania. “We intend to expand our team by 15 percent this year. (…) In 2015, the employee retention rate reached 80 percent,” says Stanescu.

Romania’s contribution to commercial revenues in the EMEA region was substantial, of around 40-50 percent, according to Stanescu.

Stefanini has expanded its portfolio with 15 new clients, most of which are multinational companies from industries such as FMCG, energy, banking, automotive and chemicals.

“We also foresee an increase in demand for process automation based upon RPA (Robotic Process Automation). We have been working with this technology for many years already, having specialized teams in multiple regions, capable of supporting RPA demand worldwide,” says Stanescu.

Gregoire Vigroux, marketing director Europe at Telus International Europe, tells BR, “Digital services are rapidly becoming the new, critical channel to drive satisfaction and loyalty in the BPO world, rather than phone or email. In Romania, organizations are at different stages of maturity with their digital programs. Some are only listening to customers via social media, using ‘voice of the customer’ information to improve marketing, products and support. Others are regularly engaging with customers and achieving positive outcomes, including reduced contacts in other support channels.”

CallPoint New Europe was founded in Romania in 2007 by Vigroux and another French entrepreneur, Yann Bidan. In 2012, Telus International acquired CallPoint, and the company reached a headcount of 1,062 people in July 2016, compared to 215 team members in September 2012.

“In addition to the 5,200 sqm our company occupies in AFI Park 3, Telus International Europe has just taken additional 3,000 sqm of space inside AFI Park 4&5. 2017 will be a year of growth – we have the necessary office space to handle this growth in AFI, and what remains to be done is to hire very talented team members to join our company and serve our clients,” Vigroux told BR.

“Potential employees are more demanding than they used to be. Since there is a lot of competition in outsourcing (the industry employs more than 60,000 people in 2016, according to the ABSL), employers need to offer the best and widest range of benefits to attract best talents and differentiate from competitors,” says Vigroux.

The evolution of the services offered by BPO businesses is closely dependent on customer needs, which are constantly evolving.

The company aims to further consolidate its position in Bucharest and Sibiu as well as continue to expand globally (outside its current operations in Belgium, the Philippines, and Taiwan), “emerging as the only Bucharest-headquartered Romanian outsourcing services provider with a truly global footprint,” Cobbaert tells BR.

Since Romania is an emerging market, and more and more organizations have moved their Shared Service and non-BPO operations to the country, salaries have been constantly growing in the past years (twice as high now compared to 2004/2005), and the trend will continue, says Cobbaert.

In spite of this, “even though Conectys maintains a healthy retention rate, the stiff competition on the Romanian market and labor arbitrage have pushed the rate down compared to 2004,” he tells BR.

The development of services has also required the appearance of new positions in some of these BPO companies, and Conectys is one such example. “The ever-growing online consumer communities required specialized social media and content moderator talent. Consumer insights analysis and big data needed tenured reporting analysts – and these are just some examples of the new roles in BPO. Another role that Conectys has invested in, as part of its friends and family culture, is the employee engagement manager, charged with making sure the teams are constantly engaged (…),” Cobbaert tells BR.

Philippe Garcet, CEO of Societe Generale European Business Services, tells BR, “With the growth and diversification of services, it became more and more difficult to find profiles on the market. Taking into account the banking specifics, we needed to have a complex mix of banking, IT and French-speaking profiles, and we have faced fierce competition in acquiring and retaining talents.”

He adds, “We entered the Romanian BPO market in early 2011, when SG EBS set up its Finance Shared Services Center. From inception, SG EBS was positioned as a European center for Societe Generale’s European operations, providing finance services such as regulatory reporting, accounting and accounts payable for SG Group Europe’s entities.”

Since then, the team has acquired new skills such as finance, HR, IT, consultancy and risk. The average age of team members is around 30, the majority (85 percent) being women. Employees are offering services in more than eight languages and serving more than 40 clients,” says Garcet.

“In 2012 we expanded the scope of our activities, through the delivery of HR services. We offered contact center, recruitment, workforce administration and training for Romanian entities, and shortly after, group corporate HR. By the end of 2012, we had reached 150 staff members,” says Garcet.

He adds that over 2013-2014, SG EBS saw a spike in development, with the transfer of many finance and HR services from France.

“By the end of 2014, we’d also created a third Shared Service Center for IT, ending 2014 with 450 staff members. From 2015, we started to diversify our services with IT development for corporate investment banking, risk, etc. We also increased the portfolio of Societe Generale Group’s entities, having currently nearly 800 staff members, and we aim to follow the same trend for the next two years,” Garcet tells BR.

He confirms that customers have become more demanding as “we have taken over sensitive activities such as regulatory reporting, statutory reporting and IT development for front office of corporate investment banking (traders).”

In 2012, Romanian operator Telekom Romania founded its BPO department. “The first to start activity was the BPO center in Bacau, but now the company has five such centers, across all the country’s regions,” Claudiu Petre, manager of structural funds and business development projects at Telekom Romania, tells BR.

The scope of the services has expanded. “While in the first year of activity we were leading only customer relation activities, we gradually added back-office, technical support, retention, debt collection, complaint management, and last but not least, telemarketing and sales, two segments where local and international markets’ interest has peaked exponentially,” he tells BR.

Together with a greater range of services came greater profitability. “While during the first year, we were talking about figures totaling tens of thousands of EUR, now the BPO division is rolling out projects that are generating seven-digit revenues.”