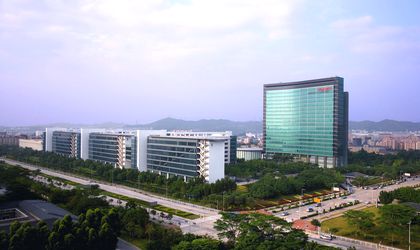 Bike-sharing systems powered by the internet and payment in physical stores by phone are ubiquitous if you have a chance to get to Shenzhen, the mega city of 18 million just north of Hong Kong. From its massive campus in the city, representatives of Chinese telecoms group Huawei said this was just the beginning of the revolution fueled by 5G that will reach some 100 billion connections by 2025.

Connecting anything from homes to cars and parking systems to the internet will create a surge in network traffic and Huawei is aiming to turn this tide of data into valuable business going forward.

“The mechanics of the industry, whether it is transport or energy, are going to be connected to the internet. (…) We’re on the verge of the 5G era and information products can be transmitted 100 times faster than with 4G,” says David Harmon, vice -president, global public affairs, at Huawei.

With more than 60,000 employees in Shenzhen alone, Huawei says that its research & development efforts are crucial for the deployment of 5G. The company has 15 such centers around the world, focused on the specific skills of the workforce from various regions.

“We have a number of research centers in India, due to Indians’ programming skills, whereas Europeans are excellent software developers,” said Harmon. In Russia, for example, the company has a mathematics and algorithms center.

“We are always looking for expertise in the field of research. For example, we have arrangements with a small unit in the University of Melbourne that has a high capability when it comes to developing energy-efficient products,” he added. Harmon says that the staff levels across Europe are set to increase by 1,000 per year, although he did not say how much of this will be in Romania.

Locally, Huawei has launched an enterprise global service center following a EUR 10 million investment. The Bucharest-based center, which opened earlier this year, will be linked to similar facilities in China and Mexico.

Although in recent years the firm has started to push its consumer division with products such as smartphones, tablets and laptops, its bread and butter remains its telecom equipment division, which generates most of its revenue. Growing the enterprise division seems to be one of the company’s priorities going forward.

Harmon says the enterprise division made 7.8 percent of total revenue, which stood at USD 75.1 billion, last year. Close to 58 percent of the revenue came from the carrier business, and 34 percent from the consumer division. Just recently, the media reported that Huawei had become the second biggest smartphone vendor, surpassing Apple, which was close to launching its new range of phones.

In the carrier department, the company is working with 500 telecom operators across the world, including the four main players on the local market: Orange, RCS&RDS, Telekom and Vodafone.

“When it comes to the technical specifications that are agreed, Huawei is going to be ready to try and win some 5G business in Romania with the key companies,” said Harmon. The Chinese behemoth has invested some USD 600 million to date researching 5G technologies and company officials say that the next critical step is the official launch of technical specifications. 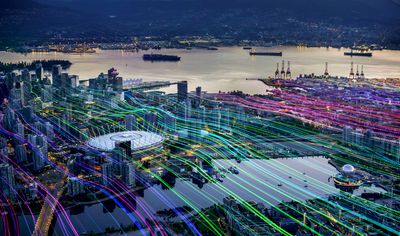 Harmon added that 5G standards should be launched by the global body 3rd Generation Partnership Project (3GPP) by March 2018. “5G should be up and running by 2020,” he noted.

Some telecom executives in Romania have cautioned that while the next telecom standards could become available by the end of the decade, it will take some years until a critical mass for household consumers is reached. It all depends on the range of products and services that are rolled out once 5G is here.

Once a city built on its massive manufacturing facilities, Shenzhen’s skyline is crowded with ever growing office towers. Communist party officials have gone on TV to say that the country has to gradually move its economic focus from production to services. As manufacturing costs go up, companies might decide to start new plants in other parts of Asia. Even Huawei has said that it has moved its manufacturing capacities from Shenzhen to northern China.

Walking through Huawei’s campus, you can see three black swans in an artificial lake overlooked by trees and buildings creeping from the rich tree branches. I was told that Ren Zhengfei, the 72-year-old founder of the company, was working in one of them, alongside the group’s top management. In another part of the campus is a building that looks similar to the White House.

On development, Huawei says that it has over 62,000 patents authorized to date and close to 40,000 patent applications have been made outside China.

Africa, the Middle East and South America are among the markets in which the company is implementing some of its solutions, such as smart city initiatives, airport communications infrastructure and security systems for oil pipelines. Designing prototypes of airplanes and virtual crash tests for new vehicles are also in the company’s portfolio. The firm showcases solutions for traffic management in large cities. Virtual bank tellers and telemedicine are other fields in which Huawei has developed services.

Ten students from Romania and the Republic of Moldova were also able to find out more about the company’s strategy as part of a global CSR initiative through which they saw first-hand Huawei’s University and the campus hosting its core divisions.

All these initiatives are not carried out by Huawei on its own. The company has teamed up with large technology groups such as Germany’s Siemens, American Honeywell and Canadian Bombardier on joint initiatives.

Aside from business collaborations with international conglomerates, Huawei is also making investments in start-ups, but this activity seems to have been carried out rather discreetly.

“Huawei seeks to invest in ICT companies up to a level of 20 percent. (…) We have this early-stage investment division,” said Harmon.

OPINION | Rowan Dias Högman, Ericsson: The future of logistics is predictive. Here’s how