The tax on the banks’ net financial assets will be calculated annually and paid every semester. In 2019, the first payment will be due on August 25, according to Finance Minister Eugen Teodorovici, who explained the changes to Emergency Ordinance 114/2018 that were passed today by the government.

“The tax is paid by banking institutions on a yearly basis and represents the product between the tax base and the tax rate and the resulting amount is reduced according to the two adjustment criteria. August 25 is the payment deadline for the asset tax for the first semester, and the adjustments for the tax will be done until August 25 of the following year,” said the Finance minister.

The asset tax is not to be paid by banks that record an accounting loss at the end of the semester or the end of the year for which the tax is due. Also, it will not be paid by the banks for which the BNR has imposed credit restrictions for the period in which the restriction operates or for those institutions that have met the 100 percent credit growth target or the interest rate cut target; the tax is also not applied if the aggregate percentage of credit growth and interest rate mitigation is at least 100 percent.

“We wish to increase financial intermediation, reduce the cost of refinancing to the public for RON loans; this new benchmark applies to new loans, as well as to ongoing contracts when a refinancing request is made, and also applies to contracts in progress without a request for refinancing, based on the agreement of the parties, because this is the correct legal procedure,” said Teodorovici.

The Finance minister stated that the amendments to OUG 114 had the approval of the National Bank of Romania (BNR), while the European Central Bank had been “informed” of this issue.

“There is agreement on the entire set of proposals, we have the endorsment from the BNR, and there has been consultation with all the players in the market, including the Romanian Banking Association. The European Central Bank was informed but did not provide an opinion – but considering that we do not want to tax the banks, and based on the opinion of the National Central Bank, the government decided to approve this emergency ordinance change, knowing very clearly that the opinion of the European Central Bank will be a favorable one,” he added.

According to the amendments adopted on Friday in the government, interest on loans in the national currency will be made up of a benchmark calculated exclusively on interbank transactions for a certain period, to which the lender may add a certain fixed margin throughout the period of the contract.

“As for the ROBOR benchmark, established for variable interest loans granted in RON, according to the provisions of Government Ordinances 50/2010 and 52/2016 respectively, by the new formula of the OUG, with today’s amendments, there are no more discussions regarding the handling of the ROBOR. The project provides for the replacement of the ROBOR reference index from the formula for calculating interest rates in RON-denominated variable rate loans with an indicator calculated exclusively on the basis of interbank transactions. The proposed indicator considers the calculated interest rate as a weighted average of the interest rates with the interbank market volumes and published for each working day on the NBR website, which will be calculated at the end of each quarter as the arithmetic mean of the daily interest rates, thus determined for the previous quarter, to be applied for the quarter following the calculated data,” said Teodorovici.

He also noted that starting May 2, 2019, the new benchmark applies only to new loans to the public and to the refinancing of ongoing loans.

“It will be the decision of every client who has a loan in RON to make a refinancing request or not, requests for refinancing credits in progress or for changing the ongoing contracts, and the banks will have to respond within 60 days from the date of the customer’s request,” said Teodorovici. 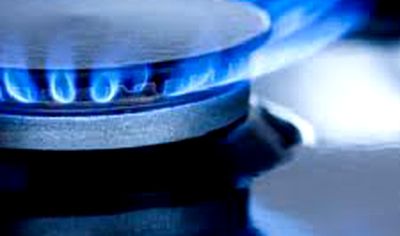 For the year 2019, the credit growth target for each bank is 8 percent, the interest rate cut target is minus 8 percent from the benchmark interest and the interest margin is 4 percentage points.

Banks that records loses before calculating the asset tax are exempt from the tax.

New taxpayers set up during the year owe the asset tax from the following year.

The asset tax expense is the deductible expense when determining the tax result regulated by Title II of Law no. 227/2015 regarding the Fiscal Code, as subsequently amended and supplemented.