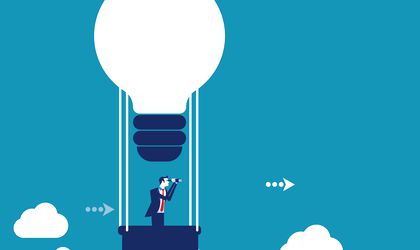 Due to its close links to the global economy, Romania was hit hard by the coronavirus pandemic. The health crisis was doubled by an economic one, as well as by uncertainties regarding short to medium term developments, which put many investment plans on hold and made investors more cautious when it came to injecting money in the economy. Although 2018 and 2019 were good years for Romania in terms of foreign investments, 2020 brought a significant downturn. What should Romania do to attract more foreign investors? What sectors should it bank on to drive the economy and what should it expect from them? These are the pressing questions we will try to answer below.

According to the September 2020 edition of the Foreign Investors’ Council’s “Foreign Direct Investment in Romania” study, global FDI flows will be significantly impacted by the pandemic. For the 2020-2021 period, the United Nations Conference on Trade and Development (UNCTAD) estimates a reduction in FDI flows of up to 40 percent.

The study highlights that Romania’s FDI flows had a negative net value of EUR –338 million in the first five months of 2020. Even though this trend is expected to reverse in the coming months, the initial signal provided by the direction of FDI in the first half of 2020 was a reflection of the relatively high risk that foreign investors see in the Romanian economy and their lack of confidence in the business environment’s short-term prospects. Last year, Romania attracted EUR 5.17 billion in FDIs and posted a total balance of EUR 88.3 billion, according to data provided by the National Bank of Romania (BNR). 2019 was the second year in a row when Romania exceeded the level of EUR 5 billion in FDIs (it had reached EUR 5.26 billion in 2018).

The same study shows that relocating manufacturing facilities near the main consuming countries (especially those currently operating in China) gives Romania the opportunity to position itself as an attractive FDI target. However, Romania is competing with other states in the region and given the reduced competitiveness of its regions compared to those of neighbouring states and the lack of coherent public policy measures to attract high value-added FDI, there is a high chance that the country will continue to attract mainly low value-adding activities with low technological intensity.

It would be beneficial for Romania to have a more significant presence on international markets, especially during this period, with the help of government agencies dedicated to attracting investments and promoting exports, such as Invest Romania. The services sector has the largest share of FDI stocks in Romania right now, accounting for about 47 percent of the total. By contrast, in the high-tech sector, FDI stocks as a share of the total in the manufacturing industry are only at 5 percent, the lowest level in the region.

Romania’s competitiveness deficiencies are also reflected by the regional competitiveness index. None of Romania’s eight development regions match the average performance level of the European Union (EU) – not even the Bucharest-Ilfov region. Public policy measures could focus on encouraging FDI with the highest possible added value and on facilitating the reorientation of FDI to high-tech and knowledge-intensive industries in service-related fields.

Good news on the horizon 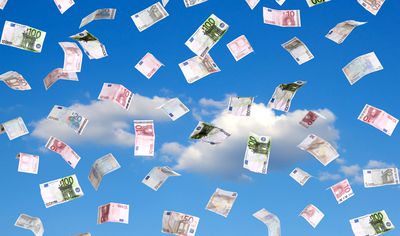 Recently, the Fitch rating agency announced that it had maintained Romania’s country rating. “Although Fitch expects the economy to recover starting with 2021, the uncertainty about political developments along with the increase of the coronavirus outbreak both globally and on the local market will continue to affect the economic and fiscal perspectives. According to our base scenario, Romania’s economy will post an average increase of 4 percent between 2021-2022, supported by the recovery of the domestic and external demand. Yet, there are some uncertainties about the medium-term impact of the pandemic on Romania’s economy, because some sectors like IT and communications could see benefits while small companies from the manufacturing sector could suffer permanent losses,” Fitch analysts said.

Currently, Romania has an investment grade from all three rating agencies, but it ranks on the lowest level in this category, with a negative perspective. A potential downgrade could take the country’s rating to the junk category, which means Romania will no longer be recommended to investors.

What do C-level managers think?

According to the first edition of Confidex, a study conducted by Impetum Group on more than 500 C-level managers from Romanian companies, the average turnover of firms in Romania will decrease by 20 percent this year.

“For companies with a turnover of less than EUR 1 million, the drop will reach 23 percent, while for medium-sized companies with turnovers between EUR 1-5 million will experience an average drop of 17 percent. Large companies will be less affected, posting a 12 percent decrease in turnover. The most affected sectors will be hospitality (43 percent turnover drop), services (23 percent), and transportation (20 percent),” says Andrei Cionca, CEO and co-founder of Impetum Group.

He adds that the study also asked managers what they thought about the measures the Romanian government took during the lockdown:

“55 percent said that the measures were adequate, 26 percent found them excessive, and 17 percent thought they were insufficient. In addition, the absence of a plan to finance large companies was a problem that respondents identified,” Cionca adds.

The study, which covered the first three months of the pandemic, found that respondents expected the economy to experience a V-shaped recovery, over various periods, as follows: 13 months in case of their company, 15 months for the sector they operated in, 22 months for the European economy, and 26 months for the Romanian economy.