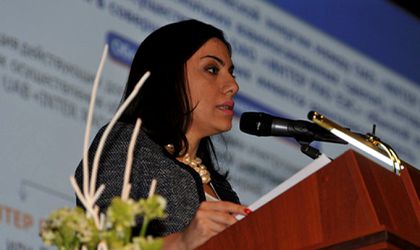 The minister of foreign affairs, Teodor Melescanu, says that Romania is ready to offer consular assistance to Carina Turcan, a woman detained by Russian authorities who accuse her of spying for Romania.

Turcan was a board member of Inter Rado, a Russian energy company with regional presence, according to media reports.

“We are talking about a citizen that holds several passports, who has several citizenships. She has Russian citizenship, as well as citizenship from the Republic of Moldova and Romania,” said Melescanu, who added that consular assistance will be offered if her detaining will be confirmed.

In a separate statement, the Ministry of Foreign Affairs (MAE) said that it asked the Russian Embassy for additional information regarding Turcan’s case.

“The MAE issues a warning regarding the speculative character of information presented by Russian media and calls for caution in approaching this subject,” said the MAE.

According to Russian RBK, a portal for media investigations, Turcan was investigated for a long time by the intelligence service FSB. She was allegedly detained on June 15. Authorities searched her home and office.

The lawyers of the woman say she is innocent.

Romania increases its reliance on Russian gas as imports from Gazprom hit 6-year...

State Secretary Pompeo: US will do “everything in its power” to stop Nord...