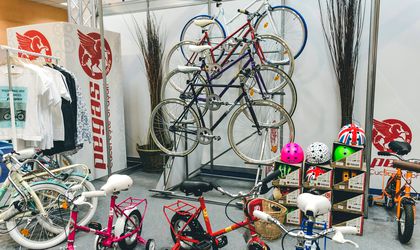 Fairs, concerts and exhibitions are taking place across Romania in the first month of spring. Here’s the curated list prepared by Business Review.

Richard Clayderman returns to Romania to play some of his most famous works, such as Ballade pour Adeline, a flagship hit of the iconic pianist, whose career goes back over 40 years. The tour starts in Brasov on March 6, followed by Cluj-Napoca on the 7th, Bucharest on the 8th and concluding in Constanta on the 9th. Tickets, which cost from RON 95 to RON 400, are available from the Eventim network.

Cycle fans are saddling up for the biggest bike fair in Romania, Salonul Bicicletei, an annual gathering for both professionals and amateurs. Big-name brands will present their top models, limited collections and new collections. John Williams’s complex orchestration for the Star Wars soundtrack has managed to remain indelibly in the memory of audiences. After an impressive eight movies, with more to follow, Disney presents the stellar saga in a new formula. The In Concert Series will begin with the very first episode, A New Hope, from 1977. The concept involves the projection of the film on a huge screen, with the original dialog subtitled in Romanian and the music played live by an orchestra. Mobius Gallery, in partnership with ACCEPT and OC Art Project, presents Please, Master! curated by Vera Albertino, an exhibition of anonymous artists. It showcases a selection of photos exploring the experiences of innocent adoration, celebrating same-sex love. The images violate local taboos in the name of humanism – “Homo sum, nihil humani a me alienum puto” (Terentius). Belgian-Italian singer Lara Fabian will return to Romania this spring for two concerts in Cluj-Napoca (March 29) and Bucharest (March 31). They are part of the artist’s world tour to promote her latest album, Camouflage. All ticket holders will receive the album for free.