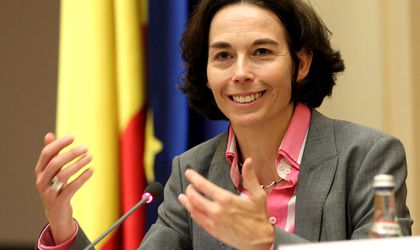 With the government asking this summer for a third bailout from international lenders the IMF and the European Commission, economists say the deal can give impetus to reforms in the key sectors of the economy.

The new two-year loan was set to be debated by the IMF board in Washington last Friday. Under the deal, the European Commission, the executive arm of the EU, and the IMF would each provide EUR 2 billion.

Andrea Schaechter, head of the IMF mission in Romania, said in late June that Romania was able to reduce the large external and fiscal imbalances through the two financial agreements concluded since 2009.

“Romania has benefited from these adjustments. At the same time, structural adjustments have been initiated, one example being the introduction of a new regulatory framework and of price formation in the energy sector,” said Schaechter.

When the global financial crisis broke out, Romania secured a EUR 12.95 billion lifeline from the IMF, as part of a wider stand-by loan worth EUR 19.95 billion, which included the EC and the World Bank. The country almost fully used the IMF resources and in 2011 moved to sign a fresh precautionary loan deal worth EUR 5 billion with the IMF and the EC. The agreement was concluded this summer and the government has not drawn under it.

In mid-September, the prime minister, Victor Ponta, said in Parliament that Romania would draw under the new loan only in the “exceptional” situation that a new global financial crisis erupted.

“Reaching a new agreement is positive for Romania as it provides a cushioning effect against external shocks, and the implementation of necessary structural reforms will pave the way towards sustainable economic growth. It will assure investors that Romania will maintain macroeconomic stability and will continue the implementation of measures that will support economic activity,” Florentina Cozmanca, senior economist at RBS Romania, told BR.

She says the new loan will focus on maintaining macroeconomic stability and further enhance structural reforms in certain sectors such as healthcare, transportation, education and fiscal administration.

The PM pledged that the tax burden would not be increased under the new deal, but announced that individuals generating income from renting out property would pay social security contributions.

The PM suggested the country would borrow more from international markets to leave more room for banks to finance local companies. Under the new deal, Romania wants to increase the minimum wage and grant heating subsidies to people on a low income.

According to PM Ponta, the country will continue to sell minority stakes in state-owned companies through the local stock exchange. Ponta claims that private investors will improve the management of these companies and provide capital for upgrades.

Frank Hajdinjak, CEO of E.ON Romania and president of the ACUE (Association of Energy Utilities), told BR, “This is something (e.n. new loan) that has to be agreed between the government and the IMF but I expect that the liberalization (e.n. of energy prices) will continue and also the privatization in the energy sector.”

Aside from the listing calendar, the government has to appoint private managers to key companies to rid them of political control. The results so far have been mixed, as some of the board members and CEOs have already resigned.

Florin Eugen Sinca, chief analyst at BCR, says that Romania could add 1 percent in GDP to the current average annual growth rates of 1-2 percent through more efficient transport and energy companies. This would help the economy grow by 3 percent from 2014.