Romania down one place in global competitiveness ranking 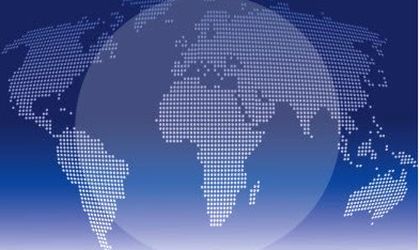 Romania ranks 78 out of 144 countries in the Global Competitiveness Report released by the World Economic Forum for 2012 – 2013. This is down one place compared to the previous ranking.

Romania’s economy is placed in the Efficiency Driven stage of development. The country was ranked 90 among the 144 surveyed economies on the basic requirements concerning institutions, infrastructure, macroeconomic environment and health and primary education. As far as efficiency is concerned, Romania ranks 64 in the chart, and 106 on innovation.

The most problematic factors for doing business in Romania remain: corruption, tax rates, an inefficient government bureaucracy, the difficult access to financing and tax regulations.

Switzerland, for the fourth consecutive year, tops the overall rankings in The Global Competitiveness Report 2012-2013, released today by the World Economic Forum. Singapore remains in second position and Finland in third position, overtaking Sweden (4th). These and other Northern and Western European countries dominate the top 10 with the Netherlands (5th), Germany (6th) and United Kingdom (8th). The United States (7th), Hong Kong (9th) and Japan (10th) complete the ranking of the top 10 most competitive economies.

The large emerging market economies (BRICS) display different performances. Despite a slight decline in the rankings of three places, the People’s Republic of China (29th) continues to lead the group. Of the others, only Brazil (48th) moves up this year, with South Africa (52nd), India (59th) and Russia (67th) experiencing small declines in rankings. Despite growing its overall competitiveness score, the United States continues its decline for the fourth year in a row, falling two more places to seventh position. In addition to the burgeoning macroeconomic vulnerabilities, some aspects of the country’s institutional environment continue to raise concern among business leaders, particularly the low public trust in politicians and a perceived lack of government efficiency. On a more positive note, the country still remains a global innovation powerhouse and its markets work efficiently. The report indicates that Switzerland and countries in Northern Europe have been consolidating their strong competitiveness positions since the financial and economic downturn in 2008. On the other hand, countries in Southern Europe, i.e. Portugal (49th), Spain (36th), Italy (42nd) and particularly Greece (96th) continue to suffer from competitiveness weaknesses in terms of macroeconomic imbalances, poor access to financing, rigid labor markets and an innovation deficit.