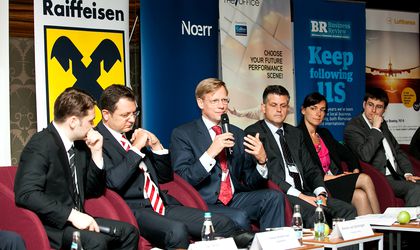 A new public-private partnership (PPP) draft bill, which is designed to make such projects bankable, has been sent to Parliament for the final vote, in a move to win the backing of foreign investors for building large road and energy projects, said Dan Sova, delegate minister for infrastructure and foreign investors, during the fifth German and Austrian Investors Forum, organized last week by Business Review.

Sova said the government had worked with the European Investment Bank (EIB), European Bank for Reconstruction and Development (EBRD) and World Bank (WB) on the new bill. It has been vetted by the European Commission, the executive arm of the EU, while business advocacy groups of the likes of AmCham Romania and the Foreign Investors’ Council have also given their opinions on the law.

The bill is based on the French model on PPPs, although Sova would have preferred the British one.

Lawyers say that the UK offers the best practice model for PPPs, as the authorities set up a specialized financial institution to deal with such projects.

“The Ministry of Finance will choose the best projects and will say which ones are good and which ones need to be postponed,” said Sova.

The new draft bill includes provisions on the future EU directive on PPPs, something that had been sought by the EC and the Directorate General (DG) for Regional Policy.

In a bid to speed up the development of road infrastructure, which has been cited by German and Austrian business representatives as one of the main investment deterrents, the government is testing the use of concessions.

Romania has tendered the Comarnic-Brasov and Craiova-Pitesti routes and South Ring of the Bucharest bypass, and the winning bidders are set to be announced by October 25, said Sova. A consortium comprising Austria’s Strabag and France’s Vinci, both construction groups, is one of the bidders for the highway linking the cities of Comarnic (PrahovaCounty) and Brasov.

He explained that there is a slight difference between concessions and the PPP system at the level of the EU.

The minister pins high hopes on the new bill, which is set to be debated by Parliament in this session, as the country has not been able to build any project using concessions or PPP since the 90s.

He reckons that a successful tendering of the highway constructions, which are pilot projects, will allow such initiatives involving the state and private players to take off in the future.

“The issue is not what projects we have on the table, but whether the Ministry of Finance approves them depending on the budgetary deficit. All projects over EUR 100 million need to be approved by an inter-ministerial committee and then by the government through each minister, so it is not a lax decision-making process,” Sova told BR.

The government intends to use PPPs to build large energy generators such as the two new nuclear reactors at Cernavoda, which will cost a whopping EUR 6 billion, and the Tarnita Lapustesti hydro pumping electricity power plant, which has a price tag of EUR 1.3 billion. The authorities have held talks with Chinese engineering groups but an investment decision has yet to be announced.

Representatives of the German and Austrian business communities say that companies with an established presence locally have chosen to expand their operations in the country, trusting Romania as a business location.

According to government figures, Austrian foreign direct investments (FDI) to Romania currently stand at EUR 10 billion, while FDI inflows from German companies amount to close to EUR 6 billion. Investments span the full spectrum of the economy, but representatives of the two business communities say some sectors are particularly attractive.

Radu Merica, president of the Romanian-German Chamber of Trade and Industry (AHK Romania), says the whole industry related to city development has potential.

Sebastian Gromig, commercial attaché at the German Embassy in Romania, named agriculture, energy and natural resources as sectors that could be enhanced with German capital. 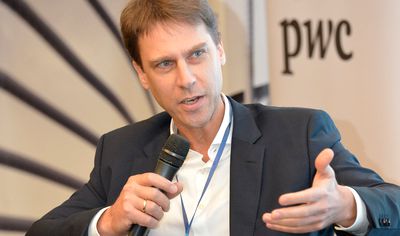 German companies have built established clusters in the automotive, manufacturing and retail sectors and will continue to target the IT, aero-tech and banking fields, added Gromig.

Meanwhile, Austria, which boasts large investments like OMV’s takeover of oil and gas company Petrom and Erste’s acquisition of Romanian lender BCR, is looking to develop the supply segment for the automotive industry.

Arnulf Gressel, commercial attaché at the Austrian Embassy in Romania, said Austrian companies are interested in developing PPPs in the health industry.

The expansion efforts of the two business communities is also reshaping the real estate market, mainly in the industrial segment, according to Ilinca Paun, managing director of Colliers International Romania, a real estate consultancy.

“The interest is moving from traditional areas like Sibiu, Timisoara and Brasov for production facilities towards smaller cities like Resita, Medias and Beius. The companies are more open to setting up facilities in places where there is no infrastructure yet and no services put in place, but where they can find better conditions,” added Paun.

German companies, which are over-represented in the manufacturing sectors, and Austrian enterprises are currently working with the Romanian authorities to implement the dual education system, which has proved to be successful in their home countries.

One such business school, combining theoretical training with apprenticeships, is already operational in Brasov, and similar institutions should be opened in Timisoara and Alba Iulia.

“Romania needs vocational training. The future for Romania is not cheap labor but to move up on the technical scale,” said Michael Schwarzinger, the Austrian Ambassador in Romania.

“You need to offer long periods of predictability to attract long-standing investments,” said Van Groningen, a former president of the FIC.

He suggested the country put in place a good consultation and assessment process on legal initiatives. He would like to see a business environment with fewer changes to the Fiscal Code and labor legislation and fewer emergency ordinances van Groningen said that in the past two years Romania has fallen in international rakings gauging business friendliness, with taxes and red tape among the culprits, along with the difficult access to finance.

Raiffeisen’s CEO said the lender was willing to give credit but few companies qualify, describing firms that usually put up stocks and receivables as collateral.

Tobias Waldemar Seiferth, head of international corporate clients at BCR, added that the non-performing loans (NPL) from the past period are materializing in stricter prudential requirements.

“Due to capital restrictions, we can only lend where we feel there is adequate risk/return ratio,” said the BCR representative.

Referring to the whole banking system, he said that 21 percent from the SME segment in Romania have a credit undertaking in 2012 and that the NPLs in SMEs stood at around 23 percent, while for large corporations it stood at around four percent.