Private medical chain MedLife posted a turnover of EUR 67.8 million, corresponding to the first 9 months of the year, up by 16 percent compared to the same period of last year.

Strictly corresponding to the third quarter, the company announced 25 percent growth compared to the similar period of last year.

According to MedLife representatives, these  positive financial indicators are also due to a substantial growth in the number of patients across all its clinics, hospitals, maternity clinics and laboratories, since the population has gained more trust in the medical services offered by the private units.

“At the end of September, we have exceeded 1.5 million retail patients and 430,000 patients on subscription, corresponding to a market share of more than 50 percent of the corporate sector at national level,” said Mihai Marcu (in picture), president of the MedLife administration board.

This year, the private medical chain opened five more units- a hyper-clinic in Berceni, a dental clinic at Unirii, a hospital in Titan, an excellence center in intervention cardiology in Grivita and a hyper-clinic in Cluj, which will be inaugurated officially at the end of October.

“We are continuing to expand at a fast pace. We will exceed EUR 90 million turnover as a result of organic growth and there are good chances to exceed EUR 100 million this year, if we complete the acquisitions that we started.”

MedLife also continued to make new acquisitions, having taken over in February a 55 percent share package in the medical group Sama&Ultratest based in Craiova. 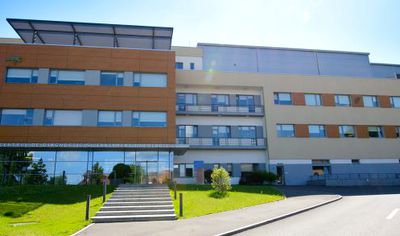 This was the sixth transaction that involved the takeover of a local operator that MedLife has made over the past five years and it establishes the MedLife footprint at national level.

“We believe we have accumulated substantial experience in acquisitions, which is helping us a great deal in our relation with our new partners. Moreover, unlike our competitors who either do not have the necessary experience or have made acquisitions by diluting the shares of the founders, in the case of MedLife, all the 6 companies that were acquired, without exception, are still led by the same people who founded them, even those businesses that we took over 100 percent. (…) At the moment, we are working on six small and medium sized transactions and we have also started talks for a large transaction,” said Marcu.

He added: “If we manage to complete the six small and medium transactions that we already started, we will add approximately EUR 9-10 million to the turnover, so that we will reach EUR 100 million, or even surpass this value. If discussions regarding another transaction that surpasses EUR 10 million materialize, there will be a EUR 50 million gap between us and our competitors,” said Marcu.

The market of medical services has seen 8-10 percent growth this year, but the end-year forecast remains uncertain due to the legal changes announced recently, that could lead to the growth or stagnation of the market, according to MedLife representatives.

The decision to grow salaries in the public medical sector by 25 percent will have a substantial impact on the entire medical sector, the private one included. Therefore, all the budget growths that will be applied should be transparent across all medical institutions, both private and public ones.

“The process of financing medical institutions by the National Health Insurance House (CNSAS) takes place function of three important indicators: the number of beds, the ICM (index that measures the complexity of cases, and the TCP (the tariff per case). In this situation, the number of beds remains the same, the ICM is calculated based on the situation reported by the hospitals for 2014. The only indicator that can be changed is the tariff per case allocated by the CNSAS.  The only real measure that can be applied transparently by the state to support the salary increase is to increase the tariff per case, which is a measure applied both in case of private and public hospitals.
To our view, other ways of financing hospitals apart from the ones established in the legal framework and the methodology norms are totally non-transparent and clearly lead to unfair competition. This is why we intend to notify the Competition Council during this week,” said Marcu.