Fondul Proprietatea SA presented an increase in liquidity since its secondary listing on the London Stock Exchange (LSE), a company statement says.

In anticipation of the secondary listing on the LSE in April, the Fund’s average daily trading value (ADTV) on the Bucharest Stock Exchange (BVB) increased by 17 percent that month, compared to the ADTV during the first quarter of 2015. At the same time, the Fund’s share in the total ADTV of the BVB has increased from 26 percent in Q1 (RON 33.5 million) to almost 30 percent in April (RON 34.6 million), given increased interest and trading ahead of the LSE listing.

The month of May saw a dip in liquidity of the Fund as well as in the average daily trading value on the BVB (RON 23.4 million).

The subsequent months showed a complete reversal with the Fund’s average liquidity on the BVB increasing again in June by 19 percent (RON 36.2 million) and by more than 52 percent in July 2015 (RON 41.7 million) compared to the average for Q1 2015. Furthermore, the Fund’s share reached a record level of 32 percent in the ADTV of the Bucharest Stock Exchange in July.

„We are very pleased to see the positive impact of the secondary listing on the London Stock Exchange. Our goal was to bring Fondul Proprietatea to a market where international investors would have easier access to the Fund. The evolution of our shareholding structure to date demonstrates that we have achieved this goal. We continue to see increased interest in the Fund, given the size of the GDR programme on the LSE, which currently stands at close to 32 percent of all outstanding shares. This is encouraging news for Romania, which is now easily accessed by foreign investors, thus positively impacting the local capital market,” said Grzegorz Konieczny, executive vice-president, Templeton emerging markets group and portfolio manager of Fondul Proprietatea. 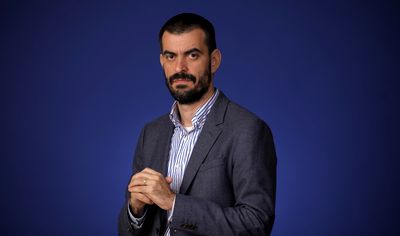 Launched in December 2005, Fondul Proprietatea was established to compensate Romanians whose properties were confiscated by the former communist government. An international tender was announced in December 2008, and Franklin Templeton Investments officially took over as investment manager and sole administrator of the Fund on September 29, 2010. The Fund is a closed-end investment company and its investment objective is the maximization of returns and per-share capital appreciation via investments mainly in Romanian equities and equity-linked securities.

Franklin Templeton established an office in Bucharest in May 2010, with a team of 30 employees, including 6 locally based investment professionals who are further supported by the over 40 portfolio managers and analysts of the wider Templeton Emerging Markets team.

Franklin Resources, Inc. is a global investment management organization operating as Franklin Templeton Investments. It provides global and domestic investment management to retail, institutional and sovereign wealth clients in over 150 countries. With offices in 35 countries, the California–based company has more than 65 years of investment experience and over USD 866 billion in assets under management as of June 30, 2015.