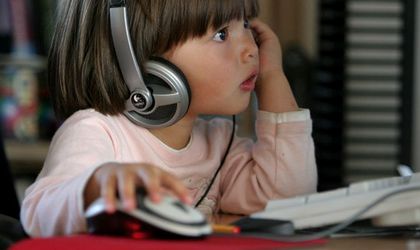 Romania saw between 2010 and 2014 a significant increase, from 25 percent to 80 percent, in the number of children with social network accounts, reads the Net Children Go Mobile European research.

The same study reveals that 57 percent of the Romanian children aged between 9 and 16 years old have created their public account, even if Facebook officially prohibits their access, compared to other European countries, where the percentage is, in average, 27 percent.

Psychologists believe that children’s access to Internet, from early ages, can have both benefits and major disadvantages for their physical and mental development. Moreover, experts say that mobile internet can distract them from school and one of the effects can be the altered face to face communication.

Psychologist Maria Verdi, the director of the ReCreation Life Center, notes that, at a closer analysis, this phenomenon has worsened since we adopted in our country the Nordic style of education which is permissive in this respect.

At the same time, the expert noted that if denied the online access, children nowadays become aggressive. The same behavior is manifested also at school.