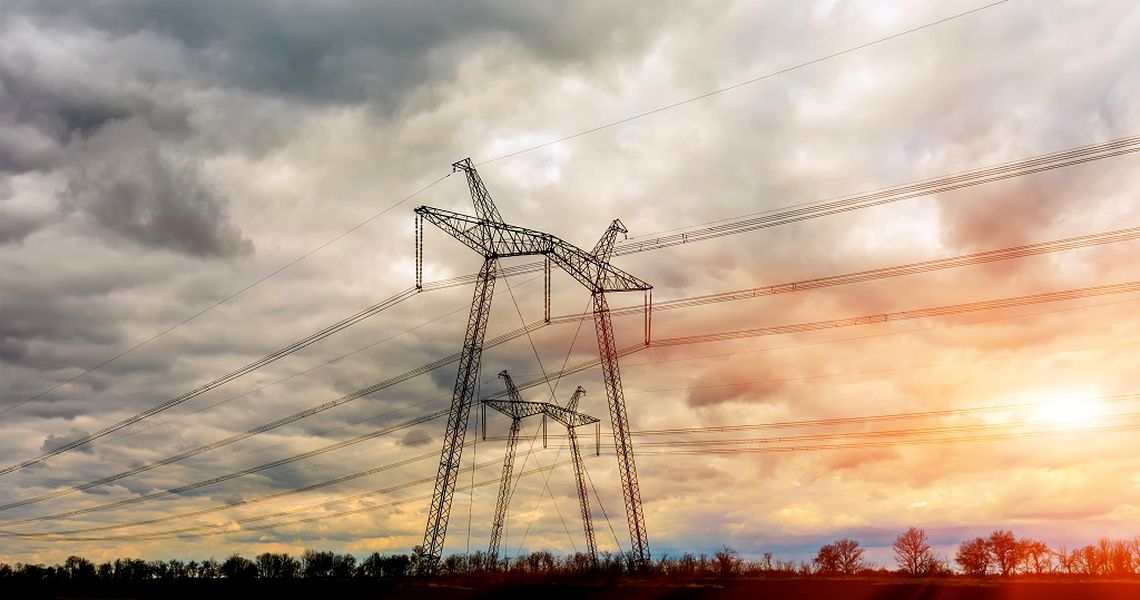 Romania was long an electricity exporter in the region as its Communist-built power supply industry was large and diversified. But the situation has changed dramatically this year due to lack of investment, poor management and regulatory changes, say pundits.

“Electricity is really just organized lightning,” the American comedian George Carlin once said. The key word in this sentence is “organized”, many energy experts would add.

In order to get lightening, you need an electricity supply, transmission and distribution industries. And Romania has all these segments but lacks the essential: good organization.

Compared with other Western European countries, like France, which kept some monopoly groups – with powerful unions – at the top of its energy systems, Romania has split its electricity system into three separate ones: supply, transmission and distribution. By the EU books, experts would argue, again. But energy systems are not so simple – and you don’t need an expert to tell you that.

Electricity systems need expensive investment but they also need constant maintenance. It seems to be a technical matter but it is also a daily life matter: without light and electrical outlets, life is now almost inconceivable.

For decades, Romania managed quite well to provide its households and businesses – and even its neighboring countries – with a reliable power supply. The last blackout in Romania occurred in 1977, just after the country was rocked by a major earthquake.  So what has changed compared to the past decades? Romania still has good technicians and engineers, who should be able to keep the system on track, shouldn’t they? Well, it’s not sure. “Romania has bigger problems with ensuring its real power production capacities. Causes? The regulatory and tax framework. We must quickly drop the obligation to trade energy produced by new capabilities on the stock exchange futures market. This regulation creates major problems with the financing of new investments,” said Razvan Nicolescu, a former energy minister and now energy consultant at Deloitte.

But in the first quarter of this year the country became a net importer, left reliant on large imports to provide the power needed by its businesses and households.

According to official data, Romania imported 1,125.5 million kWh over January-March 2019 and exported only 862.6 million kWh, putting the country’s electricity balance into the red.

Electricity exports more than halved (down by 53 percent) in the first three months of this year, while imports rose by 78.5 percent.

This reliance on imports was due to a slump in power output, which was down by 10.8 percent compared with January-March 2018, associated with a slight decline in consumption, of 1.6 percent, during the same period.  But the situation remains tense as Romania continues to rely on imports to cover its electricity needs.

Transelectrica data seen by BR show that even on a calm day like June 26, at 9.30 PM, Romania imported electricity due to weak wind power output. Some experts warn that the country risks higher imports, higher prices and even “a disastrous blackout” if the government doesn’t take urgent measures.

Despite these statistics, Romania is among the European Union countries that manage to cover over 20 percent of consumption from renewable sources, due to large investment in projects made during the last decade. But these sources are not enough to cover the country’s needs. In 2017, the share of renewable energy in Romania was 26.6 percent, over the EU average of 19.5 percent.

Only four member states cover more than half of their consumption from renewable sources: Sweden (69.1 percent), Finland (54.8 percent), Latvia (54.6 percent) and Estonia (51.6 percent). By contrast, the power production system in Romania needs major investment and maintenance works – and both have been rare in recent years.

On average, around 10 percent of the consumption was covered by wind turbines in the last few years, but the share increased this year due to lower production in other type of power facilities like coal-based power plants. The total power of the local wind turbines is 3,029 MW, but production from this type of power source is very volatile in a country located far from the planet’s oceans and prevailing winds.

In eastern Romania, close to the Black Sea coast – where most of the local wind turbines are installed – wind is not constant, which means that wind power could fall from peak to nothing in a couple of hours. However, some experts say that doubling the production capacity of wind power could solve some of the problems Romania is now facing. According to local experts, 8,000 MW of production is missing in Romania from the total of 24,000 MW production in theory.

The energy minister has threatened electricity suppliers that they could have their licenses revoked if they don’t supply enough electricity, despite the fact that most electricity producers in Romania are state-owned.

The main problem in production is generated by coal power plants that have low electricity supply due to a mix of factors such as poor management, lack of investment, social problems and regulatory difficulties. The two main Romanian coal power plants, CE Hunedoara and CE Oltenia, supplied only 18 percent of the national production on January 17, 2019, when consumption peaked, and pushed imports to record levels. Under normal conditions, the coal power plants cover around 40 percent of consumption over the year.

In order to save the inefficient coal plants, the government has designed a plan to combine in a single company Hidroelectrica, a highly profitable hydroelectricity producer, and some of the coal plants – an idea dismissed by most local experts.

The most stable and profitable energy producers in Romania, Hidroelectrica and Nucleaelectrica – which produce the cheapest electricity in the system – have been hit this year by emergency ordinance 114/2018, which imposed a special tax of 2 percent on turnover and capped the profit margin at 5 percent for energy supplied to households. Both companies need investments worth billions of euros in order to guarantee their long-term electricity output.

“The ordinance was requested by those who profit from it. As we have a mix of energy, we also have a mix of interests. The winners are those who have a regulated market and guaranteed income. They are the big winners because they keep their market frozen,” argues Niculae Havrilet, an adviser to the energy minister and former head of the Romanian energy regulator (ANRE).

Despite the mismanagement of the local energy sector, Romanian households still pay low prices for electricity.  According to the latest official data, from 2017, local homes paid the fifth lowest electricity bills among the 28 European Union member states.

But the situation is about to change. This year, Romania’s electricity prices hit a record high of over EUR 130/ Mwh in some periods – and these prices have an impact on local businesses.

In the first four months of this year, Romanian firms significantly reduced their electricity consumption, possibly owing to higher prices in the market due to output disturbances and rising costly imports.

Official data show that local companies cut their consumption of electrical energy by 5 percent in January-April 2019, to 14.4 TWh, while total national consumption declined by 1 percent to 18.9 TWh.