USD 4.1 billion gross turnover, up 44 percent, for Rompetrol Rafinare in the first 9 months 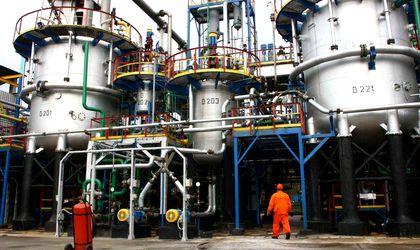 Rompetrol Rafinare, a member company of KMG International, registered in the first nine months of the year an increase of over 44 percent in its gross turnover, to USD 4.1 billion. This evolution was mainly influenced by the ascending trend of the international quotations for oil products.

At the same time, the operational result – EBITDA obtained by the company was USD 158.5 million, 4 percent higher than the result of the period January – September 2017, in the context of an increase in the volumes of raw materials processed and products sold.

The net result recorded by the company in the first three quarters of the year was positive, of approximately USD 33.3 million, decreasing by 41 percent due to the negative impact of exchange rate differences and other events with nonrecurring character. Moreover, this was also affected by the volatility of the raw materials and of the oil products, taking into account that, in the first 9 months, crude oil had an increase of 39 percent, and fuels had an increase of 28 percent for Euro 5 gasoline and 35 percent in the case of Euro 5 diesel fuel.

At the European level, the refining margins registered a decrease by 13.1 percent in the period September as compared to the similar period of 2017 and stabilized at an average of USD 48.2/ton. The level of USD 72/barrel for the quotation of crude oil is the highest of the past 4 years, with a maximum of USD 83.6/barrel on September 28, 2018.

This year, the company continued its programs for optimization of processing costs and of operational expenses, and also Petromidia refinery managed to improve by 5 percent its gross refining margin.

Rompetrol Rafinare continues to be the largest exporter of oil products of Romania, the quantities of oil products delivered for export by the refining and petrochemistry divisions to the subsidiaries of KMG International from Bulgaria, Moldova and Georgia and its partners in the Black Sea region amounted to USD 1.42 billion in the first nine months of the year (approximately 66 percent higher than the ratio of the similar period of the previous year).

The company remain an important taxpayer to the Romanian State budget, paying over USD 1.2 billion in the period January-September of the year, of which USD 441 million in quarter III 2018.

The main shareholders of Rompetrol Rafinare SA are KMG International (54.63 percent – direct and indirect) and the Romanian State, through the Ministry of Energy (44.69 percent).

On the refining segment, the company achieved a gross turnover of USD 3.56 billion in the first nine months of the year, increasing by approximately 51 percent as compared to the same period of 2017.

At the same time, EBITDA operational result increased by 22 percent as compared to the same ratio for the period January – September 2017, up to a level of USD 135.7 million. The company succeeded in doubling its net profit, from USD 24.8 million in the first nine months of 2017 to approximately USD 47.7 million.

The financial results were supported in the same period by the improvement by 5 percent of the gross refining margin of the unit located on the Black Sea shore, up to a level of USD 51.3/ton and by 19 percent of the quantities of raw materials processed (4.73 million tons) and of the fuels produced (gasoline, diesel fuel, jet fuel – 3.71 million ton).

At present, the activity of the production units is stopped or reduced for the performance of major inspection works scheduled, which shall allow for their maintenance at optimum production capacities and for the creation of a framework necessary for future investments.

Moreover, they shall also ensure the continuous operation of Petromidia refinery until 2020, when the general revision that takes place every 4 years is scheduled. The estimated value of the works amounts to USD 21.5 million, to which approximately USD 4.5 million may be added for other additional operations.

In the first nine months of the year, Vega Ploiești refinery processed a total quantity of 314 thousand tons, an increase by 19 percent as compared to the similar period of 2017. At present, the refinery is the longest lasting unit of this kind in Romania and is the only internal manufacturer of bitumen and hexane. 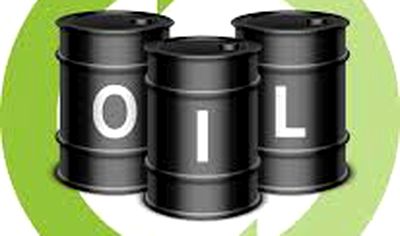 The degree of using the processing capacity in the period January – September increased by 19 percent in the case of Petromidia refinery (99.2 percent), respectively by over 20.3 percent for Vega refinery (126.8 percent).

In the first nine months of the year, the petrochemistry division registered a turnover of USD 165 million, increasing by 23 percent as compared to the level registered in the similar period of 2017. At present, this continues to be the only manufacturer of polypropylene and polyethylene in Romania.

In the context of the small margins – the lowest in the past 7 years, of the unfavourable market conditions, as well as of the high costs of imported raw materials (ethylene for the polyethylene installations), the company recorded, in the period January – September, a negative operational result – EBITDA and net result, namely losses of USD 12.8 million and USD 27.4 million.

Under these circumstances, the company decided to keep the high-density polyethylene – HDPE installation in stand-by, after it successfully completed, in the first half of the year, its revision and testing works (verification/revamping of equipment, endorsements, technological trials, etc.).

Through its petrochemistry division, Rompetrol Rafinare increased by 21 percent the quantity of processed propylene and by 11 percent the ethylene processed in the first nine months of the year, as compared to the volume reached in the similar period of 2017. The raw material for the polypropylene installation is ensured by Petromidia refinery, while the raw material (ethylene) for the low-density polyethylene installation is imported.

The total sales of polymers in the period January – September increased by 15 percent as compared to the similar period of last year, up to a level of 156 thousand tons.

In the period January – September, the distribution segment registered an increase by 33 percent of the gross turnover as compared to the similar period of 2017, in the context of an increase of the international quotations and, implicitly, of the domestic prices for oil products, as well as due to the increase in the volume of products sold.

These evolutions were not fully reflected in the prices of the fuels traded internally, they increased in quarter 3 of the year, as compared to Q3 of 2017 by approximately 25.7 percent for gasoline and 21.7 percent for diesel fuel.

Thus, the financial ratios obtained by the distribution segment in the first nine months were of USD 37.3 million for the operational result EBITDA – decreasing by 21 percent as compared to the level of the similar period of the previous year, and of USD 16.8 million for the net result – a decrease by 59 percent.

Rompetrol Downstream succeeded an increase by 8 percent of the quantities of fuel sold (gasoline, diesel fuel, LPG), from approximately 1.69 million tons in the period January – September 2017 to 1.82 million tons in the first nine months of this year. On the retail segment, the company registered an increase in volumes of 2 percent, this evolution being supported by the rebranding program of the Rompetrol gas stations and of the distribution points of vehicle LPG, by continuation of the programs for optimization and reduction of the operational costs, as well as by the opening of 4 new stations.

As regards the wholesale segment, it extended its presence from the beginning of the year with 85 new internal units of 9 and 20 cubic meters, the total quantities sold by this channel being, in the first nine months of the year, 7 percent higher than those in the similar period of last year.