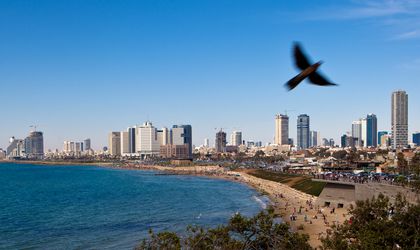 The Romanians’ preference for Israel as a tourist destination continues to grow as it already exceeded the target of 100,000 Romanian tourists set for the end of 2018. Romania is thus the main country in the region as the source of tourists in Israel surpassing Poland in October, the country that has been the first place in recent years in this ranking.

According to the latest data from the Ministry of Tourism in Israel, the number of Romanian tourists visiting Israel in the first 11 months of the year was 100,900, up 35 percent over the same period of 2017 and 118 percent as compared to 2016. In October nearly 20,000 Romanians visited Israel and in November 14,000.

“We expect the upward trend to keep up in the winter months, with Israel being a gentle destination all year round and perfect weather for exploration even between January and March. The temperature varies between 15 and 22 degrees Celsius in the first months of the year and offers a perfect time to explore the city,” said Ami Alon, marketing director for Central and Eastern Europe at the Ministry of Tourism in Israel.

The Romans choose Tel Aviv and Jerusalem for city break

The holidays of Romanian tourists in Israel last for an average of 5 days and include accommodation in Tel Aviv and day trips to Jerusalem or even the Dead Sea. The great change over the last three years is the focus on exploring Tel Aviv rather than exploring religious places. The travel budget of the Romanian tourists is USD 120 – 150 per day, the amount including transportation, accommodation, meals and eventual shopping. 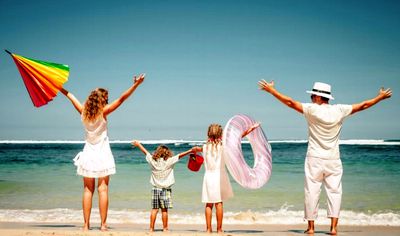 Every week, over 40 flights depart from Henri Coanda International Airport to Ben Gurion Airport in Tel Aviv. Prices start at EUR 38 / ticket and the flight takes about 2.5 hours, making it one of the shortest flights to the Middle East.

Besides Tel Aviv and Jerusalem, another area highly requested by Romanian tourists is Eilat. The Romans choose to spend their stays at the Red Sea and take advantage of high temperatures all year round (temperatures above 30 degrees Celsius 8 months a year). Until March 2019, Wizz Air operates two weekly flights to Eilat and the ticket price starts at EUR 40.

Jerusalem in the top 2018 destinations

According to “Top 100 City Destinations 2018” published this week by Euromonitor International, Jerusalem is among the top cities with a notable increase in tourists in 2018, alongside Porto, Mumbai and Osaka. Estimated growth for all of 2018 is 38 percent, Jerusalem thus reaching 4.8 million tourists by the end of 2018.