The city with the most cinema tickets sold in Romania 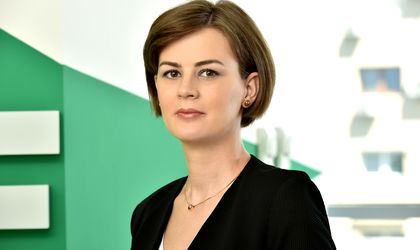 Putting together the information from the number of tickets sold in Romania in 2018, according to CNC, and the population of those cities, according to INS, the result is that average number admissions per inhabitant is the highest in Cluj-Napoca (2.8 admissions / inhabitant, considering an average for Romania of 0.68).
Does this come a surprise? Not really. Cluj-Napoca is a booming city, there is an abundance of cultural & entertainment offering in the city, people are proud of their city, they want to go out, enjoy free time, be part of a great human experience. In my current role, as coordinator of property management activities in VIVO! Cluj-Napoca, a shopping center of 62,000 sq m GLA, one of the best-performing in the country, I get to visit the city often. Every time I go to Cluj, I see how engaged shoppers are, how active is the food-court, the high interest for cinema & events, the appetite for shopping.
The city in Transylvania is followed by: Constanta, Timisoara, Suceava and on 5th place is Bucharest. Except Suceava, all the rest are some of the biggest cities in Romania, over 300,000 inhabitants. From this ranking, 2 questions pop in my head: why is Iasi, which is the 2nd most populated city in Romania, after Bucharest, not in top 5, and second, what is with Suceava?
The answers are, in my opinion, as follows: Cluj is ranked 1st because it has 4 cinemas (2 multiplex + 2 high-street cinemas), while Iasi has only 2 (1 multiplex + 1 high-street). Where there is offer, there is also demand. The people in Cluj have a long tradition of going to the cinema, something that was true for most big cities in Romania (coming from Brasov, in my family, when I was kid, there was a monthly tradition to go the cinema), but which got lost along the way. Habits disappeared as high-street cinemas lacked infrastructure investments, they lacked technology, most were state-owned and were left for decay. Multiplex cinemas depend on shopping center openings. Thus, if in Iasi there will be more cinemas (which real-estate developers promise to do, via big projects like Mall of Moldova by Prime Kapital), there is a strong chance Iasi will climb the ranks.
But why Suceava? It has only 1 cinema (multiplex), it is a city of 124,000 inhabitants, so how come more than 270,000 tickets are sold each year? I think, besides arguing that the cinema caters not just the city population, but the entire county and all neighbouring cities, the answers is opening date & operations. The cinema in Suceava is located in a third-generation type of mall, developed & managed by Iulius Group, opened rather a long time ago, in 2008. Also, the mall is well-positioned in the city in terms of branding and loyalty. The tradition of going to the cinema did not have a chance to get lost, but it consolidated.
Having reviewed how now regional cities have taken the crown from capital city, one wonders: what will be the evolution of the cinema performance in Romania? And how this will affect the shopping centers, where they are located? I leave these questions open, for all the readers to reflect and comment below.
About Laura Bencze

With more than 12 years’ experience in real estate field, Laura Bencze is focusing on retail clients through her Account Director role. She is in charge with direct full property management account functions for one of the largest retail portfolios in Romania consisting of four shopping centers and a retail park with a total GLA of 170,000 sq m. Previously, she coordinated the research activities across 13 countries for overall CEE business, including CBRE Romania. 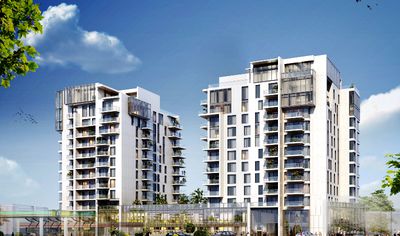