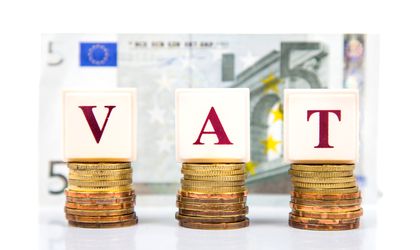 In the past few years, the fight against VAT fraud has led to legislation changes, tax controls and unfair competition; all these are perceived by most companies as the main consequences of the VAT fraud phenomenon over their activity, according to a survey conducted by PwC Romania among companies on the effects of VAT fraud.

“In recent years, tax authorities have imposed several measures to reduce tax fraud and tax evasion, with the latest example being VAT split, despite the obvious disadvantages and lack of guarantees that it will reduce fraud. For most honest taxpayers, these decisions have increased costs and required additional resource allocation to meet legal requirements. At the same time, they have not seen a dramatic decrease in fraud so that their effort is offset by an improvement in the economic environment. Therefore, it does not surprise us, although at first sight seems paradoxical, that companies have come to believe that the greatest impact of VAT fraud in their work is induced by the legislative and administrative measures taken by the authorities to combat the phenomenon and, implicitly, to support honest taxpayers,” says Daniel Anghel, Partner and Leader of Tax and Legal Advice at PwC Romania.

The survey initiated by PwC Romania aims to overcome companies’ perception of the phenomenon of fraud, with questions related to: the consequences of VAT fraud on their activity, the impact of purchases or deliveries with a partner who is later proven to be fraudulent, the measures taken when there are indications of fraud, and the way they make preventative checks.

The main findings of the survey

“Authorities have been more focused on legislative and procedural provisions in recent years, while the reform and digitization of the tax administration have slowed down, while its modernization project with the World Bank has recently been canceled. We should, however, understand that fraud cannot be reduced only by legislative measures and that for this reason, as our survey shows, there is a tendency towards excessive regulation that increases the burden of compliance. Reform and digitization of the tax administration, on the other hand, helps both honest taxpayers and authorities to find quicker, more efficient and less costly ways to identify areas of non-compliance, evasion and tax fraud, and should therefore be a priority,” says Anghel.

Consequences of involuntary involvement in fraud

Companies can get involved in fraud as a result of relationships with fraudulent partners whose intentions they are not aware of. Asked about the tax implications of such cases for the company: 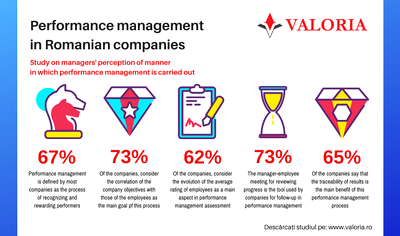 Read more about
Survey: Self-evaluation is the tool used by 55 percent of companies for managing employee performance
read more

In fact, 75 percent of respondents said they had been subject to unannounced tax fraud checks for verifying specific supplier or customer-specific issues, thus confirming that working with fraudulent partners was the first aspect targeted by authorities. At the same time, 44 percent said that these checks were thematic, 38 percent were for excisable products or 6 percent for cash registers.

How fraudulent partners can be identified

However, 98 percent of respondents said they were not involuntarily involved in fraud schemes, but 20 percent said they knew of other companies in such situations. In order to avoid the risk, companies must undertake checks, even if the legislation does not provide for such measures. Respondents indicated that they are initiating actions in the following cases:

When asked what measures they took when they had suspicions about a partner’s activity, 62 percent of respondents stated that they had ceased their commercial relationships and started a thorough investigation, 58 percent imposed preventive contractual safeguards and 8 percent notified the authorities, as well as other companies.

VAT Fraud Tracker monitors the movement of goods within the EU, using statistical data and automatically indicating flows of goods between countries with characteristics of cross-border VAT fraud. FAIT is an automated tool for expanding business partners’ scrutiny of tax, reputational and operational risks.

Why VAT fraud should be a concern for authorities

VAT fraud, tax evasion, insolvency, bankruptcy, administrative errors, etc., are the main cause of revenue loss to national budgets. The European Commission (EC) calculates annually the difference between the amount of VAT paid and the amount that should be collected if all taxes (known as the VAT gap) were correctly paid. Every year, Romania is ranked first in the EC ranking, with the EU’s biggest VAT receipts, estimated at EUR 6 billion, and implicitly with the highest VAT fraud.