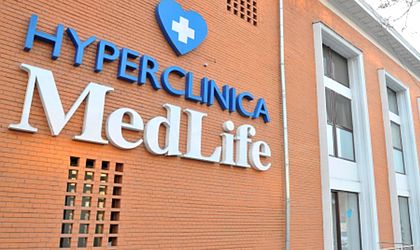 The private medical services provider MedLife announced a pro-forma consolidated turnover of RON 400 million, in the first half of the year, up 33 percent over the same period in 2017.

”We are pleased with the results. In the first six months of the current year, we have over 750,000 clinic visits, more than 2.9 million processed trials, and over 34,000 patients who have benefited from complex interventions and hospitalization services. The trend is also confirmed by the results achieved by the corporate division where the number of subscribers who have accessed our services has risen to 614,000,” said Mihai Marcu, president and CEO of MedLife Group.

Beyond organic growth, Semester 1 meant for MedLife and the acquisition of three medical operators, namely the clinics and the Polisano Hospital, Ghencea Medical Center and Solomed Group.

”The Polisano acquisition has added value to the group, both strategically and cost-effectively. Moreover, the complexity of the medical cases solved in the Polisano hospital and the team of specialists bring added value to our medical system and support our positioning in the area of ​​medical excellence. Last but not least, this acquisition has brought MedLife’s radiotherapy medical know-how to the group, becoming the only nationally integrated company offering these services,” Marcu stated. 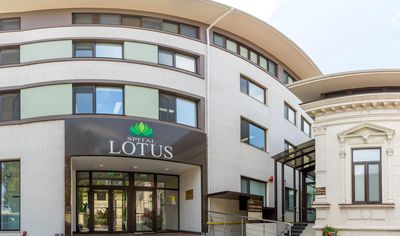 In addition to acquisition projects, in the first semester MedLife continued its investment plan in rehabilitation of clinics, but also in the exiting of existing hospital units.

On the technology side, the company invested in the acquisition of 6 RM (magnetic resonance) devices, thus reaching a total of 12 such equipment nationwide, becoming the operator with the strongest private diagnostic platform corroborated with surgical treatment Romania.

On the hospitals side, MedLife has started work for the expansion of three hospital units: Humanitas Cluj, Life Memorial Hospital Bucharest and MedLife Hospital Brasov.

”We will continue to invest in large-scale projects on both medical technology and digitalization and online – we believe that we have reached the stage where we need to bring the Romanian patient experience to a new level. At the same time, as a leader of Romanian private medicine, we would like greater predictability from the authorities before the legislative changes such as those that have dominated the economic environment in the last year. We also welcome the opening of the Ministry of Health to collaborate with private hospitals, announced the previous days, ” concluded Marcu.

For the second half of 2018, MedLife aims to maintain the company’s growth pace, with projected growth of over 20 percent over 2017.