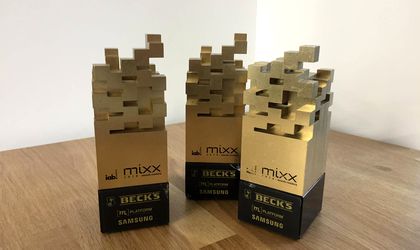 The digital agency Kinecto Isobar succeeded in winning three of the most important awards of the night at the IAB MIXX Awards 2018 Gala. The agency won for the campaign uncut.ro, created for Greenpeace Romania, the titles “Most Experimental and Innovative Campaign” and “Best Digital MIXX”.

Kinecto Isobar and Greenpeace Romania wanted that the sound of the forest to reach as far away as possible, in order for the importance of the safeguarding of our forests to be understood as many people as possible. uncut.ro represents an website where anybody can listen and download a free musical album with the sounds of the virgin forests in our country. In the recording of the album were also captured real sounds from the virgin forest Museteica, in Fagaras. The sounds were offered to the band Coma, that integrated them in the acoustic version of their song Cel mai Frumos Loc De Pe Pamant (The most beautiful place on Earth) and that also created a special video for the campaign. After Coma joined the campaign, with new songs and videos Pixels and Moonlight Breakfast.

“We wanted to take part in helping the cause of the forests in our country, taking in account the tragic situation in which they are and, at the same time, their enormous importance. The project starts from a simple idea: how would it be if over the forests would set the quietness? Therefore, we wanted to remind people that the forests are a treasure and why they deserve to be protected, by appealing to a special sense: the hearing. We are happy that we gathered around us people that shared our desire and that contributed enormously to its creation – partners such as Coma, Creative Laboratories, Blue Cat Productions, without forgetting of course of the dedicated people in the Greenpeace Romania team. We hope that our efforts will have a result, even it seems small – it takes only a push for the boulder to put itself in motion,” said Silvia Marinescu, creative strategist Kinecto Isobar.

The teams that contributed to the uncut.ro’s  success were the following:

“In a society run by an over the limits consumerism, we forget more and more about the things that are indispensable. I am proud that I could be part of a project that determined people to start realizing the importance of nature in our lives. At the same time, I am happy that there are famous public figures, bands, influencers, that get actively involved in these type of causes, I congratulate them because they do it from their soul and not for their own image, because they know and believe they can change something from the position they are in. In the end, the award represents for me be trust and optimism regarding people’s perception,” added Marius Vlad, head of art Kinecto Isobar.

The third trophy of the night was “Best Interactive Experience”, won for the campaign “H.ELL Cyber Cursed”, client Bitdefender Enterprise.

The starting point of the campaign was the cyber attach WannaCry that was very close to destroying the corporate world. It affected over 200,000 computers, from more than 100 countries and created damages of billions of dollars. When the chaos installed, the Bitdefender’s advanced detection capabilities intercepted the danger a long time prior to the official informing of the public. A situation that showed Bitdefender Enterprise had proved once again its efficiency.

In this context, the agency chose the opportunity to further transmit the success, by using infotainment, through a unique project created in collaboration with Super Erou. Therefore, Kinecto Isobar created a comic book character H.ELL Cyber Cursed. Hugh Ellington goes from being a Chief Information Security Officer at a regular company, to bearing the guilt of a world disaster. His company’s poor security accidentally helps release a virus that wipes out almost the entire population of the Earth. His before-and-after apocalypse story comes to life through an interactive web-comic that provides an immersive multimedia experience.

“When this project was finished I was very happy about how it came out and proud of my team. In this context, an award represents much more than a huge joy. To see that the work of your team is appreciated and recognized means a lot and makes you dream even further,” declared Lorena Ciobanu, Account Manager Kinecto Isobar.

On his turn, Marius Vlad added:

“I am happy that it was a superb project, for a very niche target, on the enterprise side, and the award proves that digital is not only about social media and performance, that people are still craving for well told stories and web unique experiences”.

“The awards mean very much to us. We are very happy that we received the well-deserved recognition especially for two campaigns in which we put a lot of soul and believed a lot. We are thanking very much our clients because they were very open and worked with us, side by side, in order for us to succeed in launching these beautiful projects,” concluded Laura Birzu, Managing Director Kinecto Isobar.

The IAB MIXX Awards winners will be recommended for the international competition – IAB MIXX Europe 2019, that will take place at the INTERACT event in Warsaw, in June 2019.

The rest of the night’s winners were: